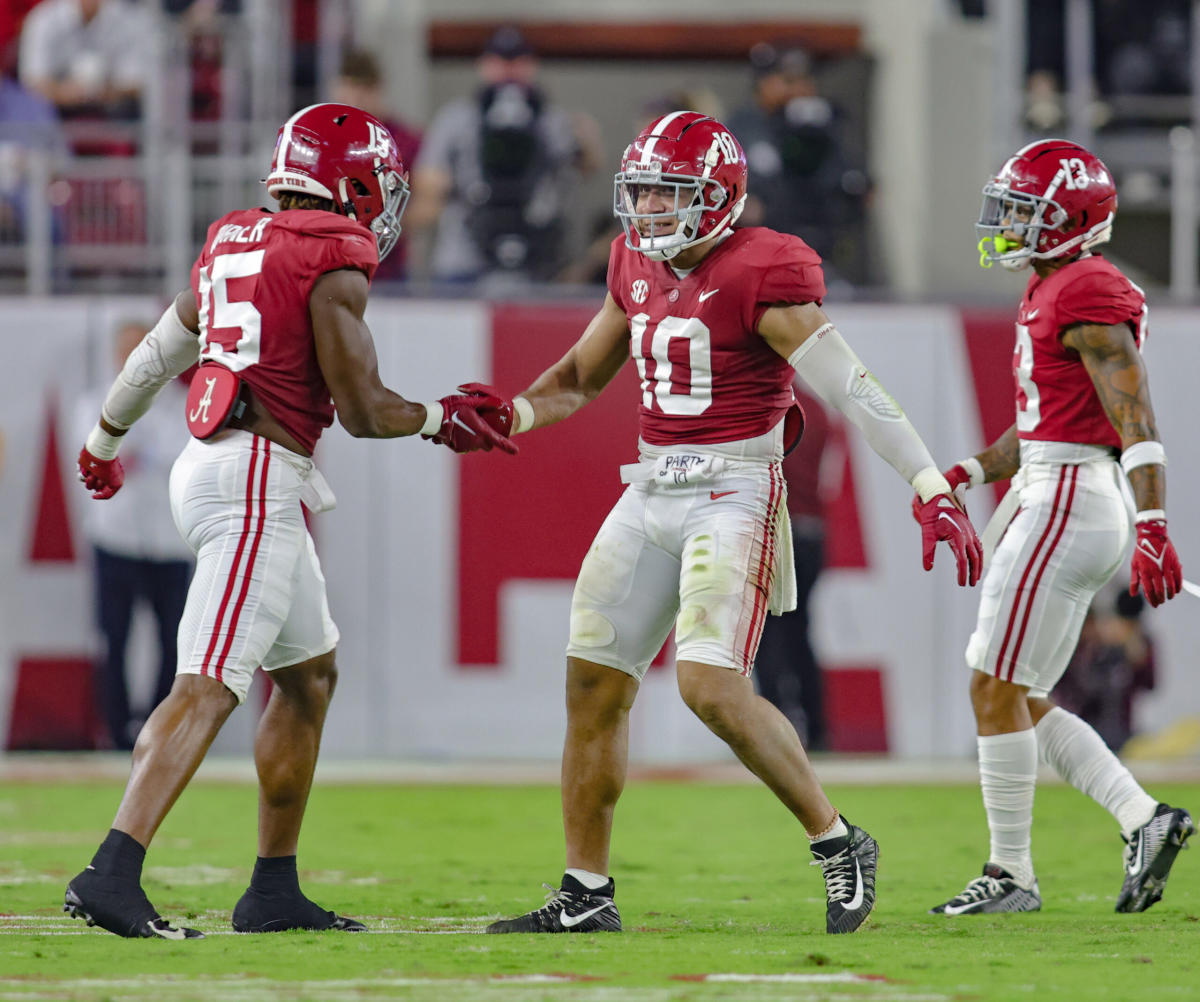 Nick Saban and the Alabama football team were able to get back into the win column on Saturday night with a 30-6 win over the Mississippi State Bulldogs.

The Crimson Tide held the shutout until the last play of the game when the Bulldogs hit it with a 1-yard touchdown run.

It wasn’t always offensive enough for the Tide, but they got the job done at home as Alabama heads into its BYE week.

Defensively, Alabama had a much better performance this week, even allowing the touchdown when time expired.

Here are five takeaways from Alabama’s win over Mississippi State.

After a 17-penalty performance last weekend in Knoxville, you knew Coach Saban and the Tide would put on a more disciplined performance this week. Alabama was flagged just three times for 20 yards in the contest.

LSU transfer [autotag]Eli Ricks[/autotag] started on the opposite corner of Kool-Aid McKinstry against the Bulldogs and closed that side of the field completely. Maybe that decision should have been made a week or two earlier by the coaching staff.

It just seems like there’s something off between Bryce Young and his wide receivers. The chemistry is not there yet. This is partly due to the wide receiver’s youth and inexperience and the fact that Young was limited in practice over the few weeks. BYE week is a perfect opportunity to work on that chemistry.

Darrian Dalcourt started tonight for Alabama at center with Seth McLaughlin out while nursing an injury. Center has been an ongoing positional battle all season, but I believe tonight’s performance from inside the offensive line proves McLaughlin is Alabama’s best option moving forward.

Bill O’Brien leaves a lot to be desired

Bill O’Brien is an excellent offensive coach who has worked with quality players and coaches. But for some reason, O’Brien just can’t find any consistency as a play caller for the Crimson Tide. I’m sure player execution is one of them, but it seems O’Brien lacks the “sense of the game” that separates good offensive coordinators from great ones.

Let us know your thoughts and comment on this story below. Join the conversation today.

FICO survey: 1 in 6 Indonesian consumers will leave a bank for a competitor if they are unhappy with the response to scams