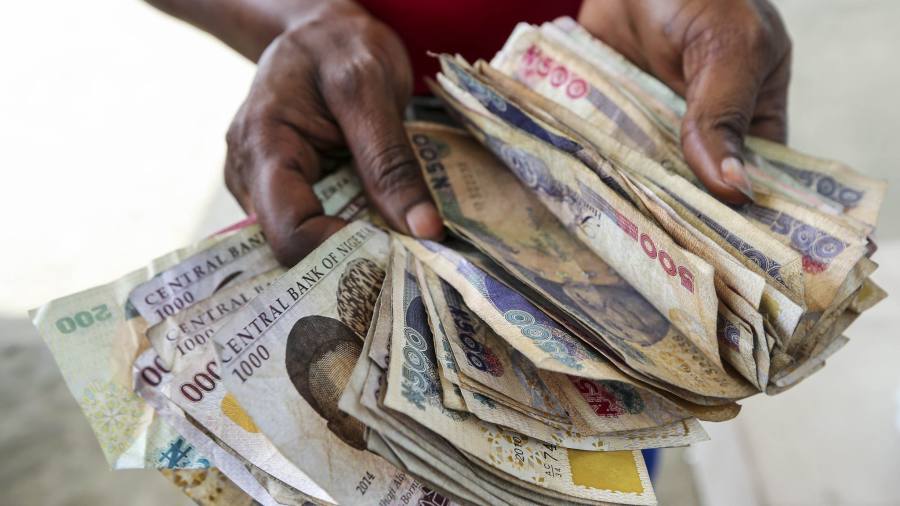 African countries should require loans to be made in local currencies

A recent IMF warning about rising debt levels in low-income countries has raised questions about the extent to which the debt overhang is due to loans from China.

The growing debt burden is particularly heavy in Africa. But while China’s contribution to that debt is an important issue, it shouldn’t be the focus of policymakers.

There are many reasons to worry about African debt. It will curb already depressed growth. This will have a chilling effect on job creation and could lead to an upsurge in conflict across the continent. This could increase the already significant migration to Europe and jeopardize the achievement of the UN Sustainable Development Goals.

These are the likely consequences if a lasting solution to the challenge of balancing growth in Africa with macroeconomic stability is not found. With more than 20 countries on the continent with medium to high levels of over-indebtedness, this is in no one’s interest.

Market access is the main driver of the recent increase in debt levels. With African countries in need of accelerated infrastructure development, many have sought and obtained access to international capital markets.

Before 2006, only Morocco, Tunisia and South Africa had issued sovereign bonds denominated in foreign currencies. This number increased to 14 in 2017.

In 2018 alone, African countries sold $18.3 billion worth of euro- and dollar-denominated debt. The frequency of bond issues has also increased. As a result, around 70% of Africa’s external debt is denominated in dollars or euros. While some analysts associate rising debt levels with China’s lending, Chinese liabilities actually represent less than 10% of Africa’s total external debt.

In an environment of tighter financial conditions, a rising dollar and increased global protectionism, foreign currency denominated debt has a pernicious effect on the debt service burden as interest rates rise.

The Ghanaian cedi and Nigerian naira, for example, have depreciated against the US dollar since 2008. This means that the current face values ​​of Eurobonds issued by the two countries have increased significantly. In the case of Ghana, the face value of its $750 million Eurobond in 2007 was $3.4 billion in 2017.

Is it a poisoned gift? Is foreign currency denominated debt a sustainable option for African states?

Many countries are increasingly opting for debt denominated in their local currency, thereby reducing currency exposure and risk. India’s decision, for example, to borrow primarily in local currency for infrastructure financing through rupee-denominated masala bonds is a good example of this strategy.

African countries should – and no doubt will continue – to turn to the market to finance their growth. However, governments and international financial institutions have a role to play in ensuring that this is done in a prudent manner.

Countries should require that a significant majority of their loans, both in the market and concessional (i.e. loans granted on terms more generous than those offered on the open market), be denominated in local currency.

On the side of African decision-makers, the return to prudent macroeconomic management, the development of local capital markets and better regulated financial markets are all means of ensuring that their countries attract more capital while controlling the weight of their debt.

Letter in response to this article: