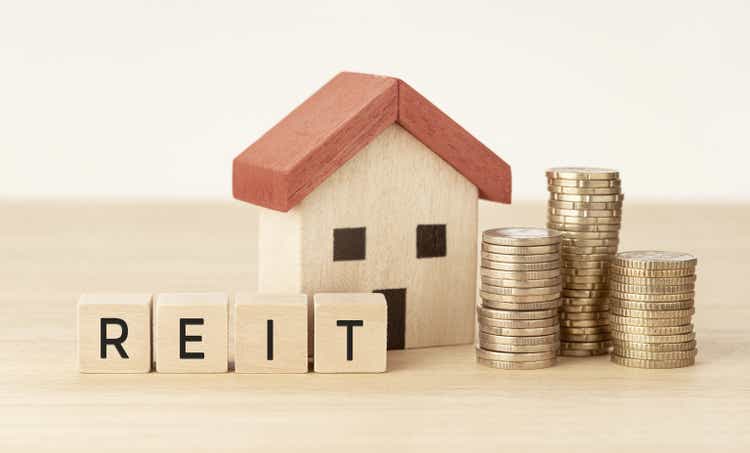 ARI has been consistent with paying the dividend over the past three years. In addition to the June 2020 quarter decline from $0.40 to $0.35, ARI paid a regular quarterly dividend of $0.35. At the current share price of $11.10, the annualized dividend yield is 12.6%, with an annual dividend payout of $1.40. The dividend yield looks very attractive, given its steady track record. I believe the dividend payout could increase in the coming quarters given the company’s growing loan base and better diversification, providing the opportunity to reach the dividend payout levels of before the crisis.

Let’s look at the comparison between stock price and dividend yield. We will find that the company has consistently had a dividend yield above 10% over the past five years, even with the drastic price swings during covid-19 and the recovery phase that followed. This makes the stock really attractive to investors looking for a strong dividend yield with a consistent return over time. However, price fluctuations, particularly after the covid-19 pandemic, raise a question about the price stability of the stock, which is a cause for concern that I think cannot be ignored, and with the economy in recession, we may witness even greater price fluctuations.

ARI reported results for the second quarter of 2022, beating market EPS estimates by 9.37% and revenue estimates by 25%. The improvement in yield was primarily due to an increase in interest income on commercial mortgages. I think the forward exchange gain also helped improve the company’s bottom line. Although the company exceeded market expectations, performance over the year did not see much improvement.

ARI reported commercial mortgage interest income of $99.38 million, an increase of 20% from $82.4 million in the second quarter of 2021. I believe the increased portfolio of loans with better loan distribution drove this increase. Subordinated loan income was $14.5 million, down 54% from $31.7 million in the same quarter last year. According to my research, the shift in focus to commercial mortgages was the primary reason for this decline. The company has expanded its base of commercial mortgages, and this is the main focus of the company in the coming years. Interest expense amounted to $56.5 million, an increase of 43% compared to $39.7 million in the corresponding quarter of the year. This increase is mainly attributable to a general increase in interest rates on loans. ARI recorded total net income of $76 million, compared to $75.8 million in the same quarter last year. Net income remained stable mainly due to an exponential increase in interest charges. I think interest charges will remain higher than usual even in the next few quarters, given the rise in interest rates to fight inflation in the US economy. Total operating expenses were $29.9 million, a massive 60% increase from $18.6 million in the second quarter of 2021. The increase in operating expenses related to real estate owned by the company was the main factor behind this increase. ARI reported net income of $70.9 million, a 5% increase from $67.7 million in the same quarter a year earlier. Diluted EPS was reported at $0.44, an increase of $0.02 from Q2 2021 EPS of $0.42.

The rapidly changing economic climate had a significant effect on real estate capital markets during the second quarter. Despite the environment, ARI’s results demonstrated that we continued to effectively deploy capital and earn our common stock dividend. I am encouraged that our resilient and diversified loan portfolio can generate strong returns in uncertain markets.

Is ARI worth buying?

ARI has a trailing twelve-month P/E of 7.8x and pre-FY22 P/E of 8.2x with FY22 EPS estimates of $1.35. The company is trading at a lower P/E multiple than the industry standard of 9.9x. Additionally, the company has a book value of $16.17, giving us a P/B ratio of stock price to book value of 0.68x compared to the industry norm of 1.15x. Generally, P/E ratio below 1x is considered good for REITs. However, the company has a total debt of $6.8 billion and is over-leveraged in terms of a debt-to-equity ratio of 3.08 compared to the industry standard of 0.65x. Therefore, even with the discount in P/E and P/B ratios, I would advise investors not to take any long position in the stock due to its high debt-to-equity ratio.

The commercial mortgage space is experiencing a downturn amid the current downturn in the US economy. A recession could impact the quality of the company’s loans, leading to an increase in NPAs. The company also has more than $6 billion in debt securities, the majority of which are secured debt agreements. This could create an over-indebtedness situation for the company if the economic environment deteriorates further. The rising cost of borrowing is also a major concern for the company, as it has seen an increase in the borrowing rate over the past six months. The increased cost of borrowing during the downturn in the economy is a big negative for the company. The company has managed to control the impact of the borrowing rate increase by improving the lending margin, but this is a risk that needs to be addressed by management.

ARI has a strong dividend yield of 12.60%, but the company’s current financial performance and high debt load are cause for concern for the company. The recession could be a major factor that could seriously damage the company’s future growth, and I think investors should remain cautious about this risk. I recommend investors hold the stock for now due to the 12.60% dividend yield, but taking new positions in the stock is not advised.