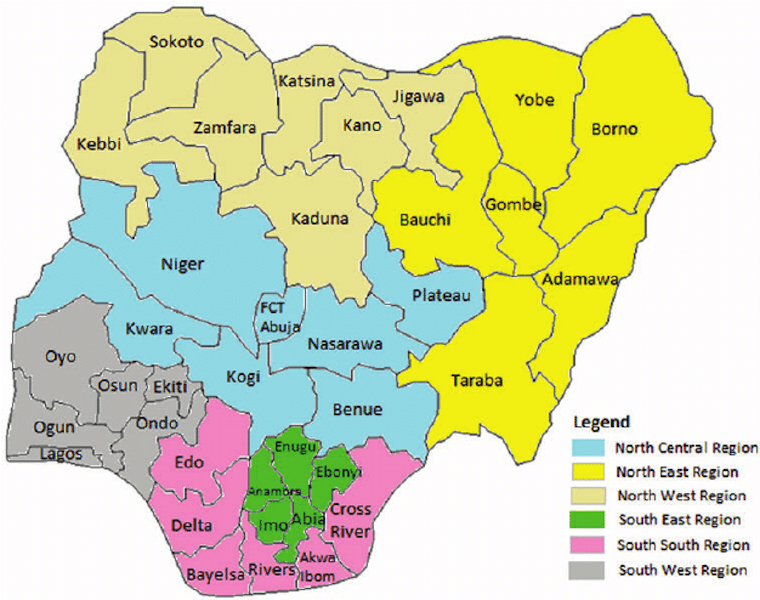 At 61, Nigeria remains a sleeping giant

As Nigeria celebrates 61 years of self-government, Ademola Orunbon writes that the country is still far from realizing its greatness

As Nigerians marked the 61st anniversary of their beloved country’s independence last Friday, it was evident that the myriad of troubling socio-economic and security challenges made it increasingly difficult for the country to realize its potential for greatness. .

October 1 therefore marked yet another opportunity to reflect on the state of the nation and the failure of leadership, which broadly defined the country’s misfortune. To this extent, no Nigerian patriot can claim to be satisfied with the development and progress of this country 61 years after independence.

However, it is not mistaken optimism to claim that the nation’s best days are yet to come.

Nigeria remains a country of diverse nationalities, cultures, religions and values, which has defied all doomsday predictions. This is reason enough to congratulate ourselves and hope for a better future. Overall, however, there is little to celebrate about Nigeria at 61. As depressing indices indicate in areas such as security of life and property, food production, industrial production, quality of education, health care, economic diversification and productivity, there is indeed cause for concern. Not only do Nigerians eat the bread they don’t produce, wear clothes they don’t weave, and drink wine imported from other countries, they now import almost everything, including toothpicks.

Nigerians also read books, quote facts and figures about their country from foreign sources, and rely on development models devised by foreigners with special interests.

Sixty-one years after independence, many still attribute the country’s precarious state to the British colonialists who left the country’s shores more than five decades ago. At 61, Nigeria has a lot of catching up to do. And let no one be under the illusion that 61 years is a short time in the life of a country. The Nigerian economy is in dire straits and threatens to worsen if sound political and economic judgment is not exercised over the affairs of state.

The Nigerian economy had officially registered its first recession in more than two decades. The National Bureau of Statistics (NBS) had released a series of official data on GDP, inflation, unemployment and capital formation, which, along with the Manufacturing Performance Index of the Central Bank of Nigeria (CBN), showed a terrible economic downturn. With foreign exchange reserves significantly depleted, the exchange rate reached unexpected levels and oil prices unstable, the impact is only better imagined if all the fundamentals are not in place to manage this situation. This is why the administration of President Muhammadu Buhari must now articulate a grand vision for the nation and reorient Nigerians towards achieving that vision. Given the terrible scenario playing out in the country, which manifests itself in mass poverty, heavy corruption in government, blatant official recklessness, nepotism, agitation for secession and near zero governance, he it is evident that the Crown ship is rudderless. There is hardly any aspect of governance that cannot be blamed for corruption and incompetence.

However, as the nation celebrates 61 years of self-government, it is not too late for Nigerian leaders to change and make democracy work for the people. Too much pain has been inflicted on Nigerians and now is the time for the Nigerian leadership to focus more on the Nigerian project and remove the obstacles that stand in the way of fulfilling this promise. Upon independence in 1960, there was a wave of euphoria and hope in the Nigerian project. It is sad to note that 61 years later, the anticipated gains of nationality envisioned by the Founding Fathers are still a mirage.

Many have marveled at the exemplary character of Nigeria’s founding fathers: the simplicity of Tafawa Balewa, the selflessness of Ahmadu Bello, the nationalism of Nnamdi Azikiwe and the enduring vision of Obafemi Awolowo, which exceeded all of their personal ambitions. .

Today Nigeria is so distressed that some are questioning its prospects. The problem with Nigeria, famous author and intellectual icon, Chinua Achebe, is leadership failure. This failure has resulted in shattered hopes, broken promises, missed opportunities and unfulfilled aspirations. A nation, it has been said, rises or falls according to the quality of its leadership. Nigeria is a terrible victim of the poverty of good leadership, and the most destructive one, of political leadership. Good leaders must demonstrate strength of conviction and character. What bad leadership in Nigeria has done is create 200 to 250 million passive citizens who have no voice.

Each citizen must therefore share the blame, in one way or another, for the Nigerian condition. The speeches of the Nigerian leaders in favor of the good intentions of governing in the best interests of the country and its people have never failed. Over the years, Nigerians have heard, to the point of deafening, that the government is committed to promoting good governance. Inaugural speeches by elected leaders and military plotters revealed strange similarities in the promises. Yet, as the quality of successive rulers has deteriorated, Nigeria has regressed in every yardstick for measuring the progress of nations. Despite all of this, there is no point looking back with regret and anger at lost opportunities.

If Nigeria is successful in leading right and acting together, the country can be as big as any country on earth. There is of course a time and a season for everything. A change was therefore inevitable. President Buhari’s election, largely on the strength of his integrity, had indicated a desire of the people for a good leader whom they could trust to serve in the best interests of Nigeria. But more than six years after taking the oath twice, Nigerians are still waiting for the change promised by the CPA. Since his appointments to high public office, Buhari’s administration has shown a strange dependence on primordial feelings. It is indeed unfortunate, for a man who swore in his inauguration, that he did not belong to anyone and that he belonged to everyone. This administration needs to understand that leadership is not about ethnic domination or a selfish power equation; rather, it is a disposition of moral strength and sacrifice to truly accomplish a mission for the common good.

Since the return to democracy in 1999, the political class has shown impetuous and irresponsible behavior to the detriment of the people. The looting and waste taking place in Nigeria in the name of governance has no parallel elsewhere and is responsible for generating an angry and alienated population that sees no dividend in this democracy. In all respects Nigeria at 61 has yet to fulfill its destiny. Nigeria’s current structure today, which is anything but federal, holds the country back, holds back its growth, truncates its progress and in fact threatens its unity.

This false federation must be corrected as soon as possible to unleash the full potential of the nation. The starting point towards actualizing a Nigeria of our dreams is the implementation of the 2014 National Conference report. The report is by no means a perfect document, but certainly good enough to take off.

The need for a new Nigeria is very urgent. To chart the course for progress, Nigeria needs big dreamers and even bigger dreams. The country needs leaders who would do things in unusual ways. It is not too late to save Nigeria from the brink. Exemplary leadership is imperative at all levels to fulfill the dreams of the Founding Fathers who worked hard for Nigeria’s status as a state. Nigeria must demonstrate its coveted state of independence by opening a new chapter, and now is the time to do so.

At 61, Nigeria must answer the growing number of questions. Has the country come of age? Is there a need for celebration? Are there any hopes for a better tomorrow? Nigerians look forward to the realization of the dreams and visions of the founding fathers of this country every day. They also look forward to seeing a realistic improvement in the inherent shortcomings that have prevented the achievement of peace, harmony, tranquility, progress and unity, in the first place, and the completion of all the tasks that will make room for real accomplishment. of a Nigerian nation.

Recovery trends showed signs of slowing in all states in September