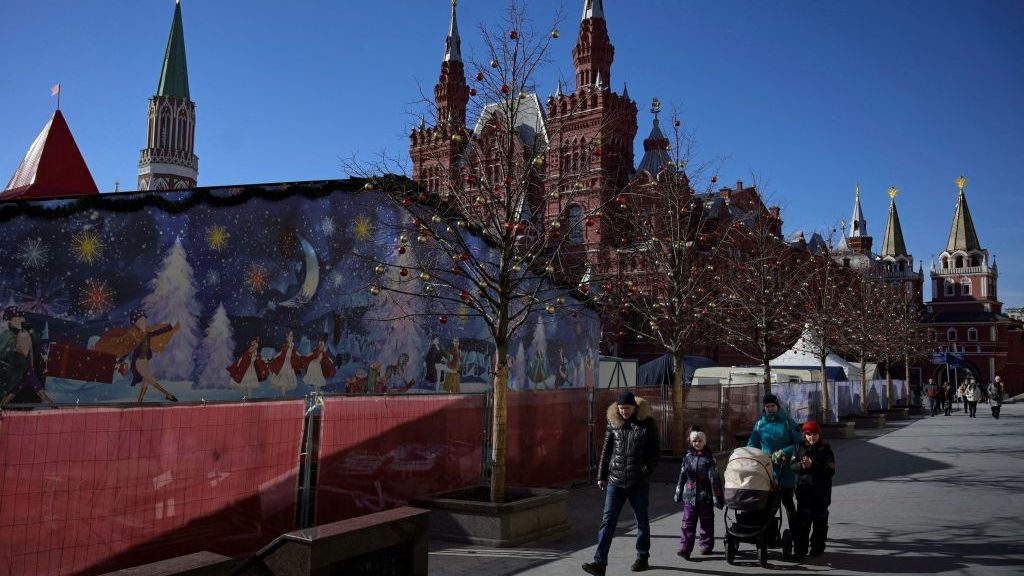 A few weeks ago, a throwback to the Soviet era of a command economy, in which a central government owns and runs most businesses, would have seemed bizarre. But now? Maybe not so much.

In response to Russia’s invasion of Ukraine, the United States and its European allies imposed sweeping sanctions on the Russian economy, and global companies like Starbucks and McDonald’s left or moved away from the country. Meanwhile, the Russian central bank desperately tried to prop up the ruble and prevent even greater economic fallout. But as Russian state intervention expands, will the economy fall further from what it was before the invasion?

“Marketplace” host Kai Ryssdal spoke with Chris Miller, assistant professor at the Fletcher School at Tufts University and author of the book “Putinomics: Power and Money in Resurgent Russia.” The following is a transcript of their conversation.

Kai Rysdal: In your opinion, what are Vladimir Putin’s thoughts on economic policy at the moment?

Chris Miller: Well, Russian leaders face a real dilemma. They have a set of financial penalties that they were not prepared for and impose costs that they will struggle to bear. The other two key issues they face – one is trying to ensure that the financial system remains stable and that they don’t have banking problems or the financial markets freeze domestically. And the second tries to cope with the fall in living standards that will be caused by rising prices and soaring inflation.

Rysdal: So this second thing, how does Putin do this with a central bank and foreign exchange reserves that are frozen, a currency that’s down 50%, let’s say, and a stock market that hasn’t opened – and as soon as he will, won’t he be pretty? How does he take care of the Russian population?

Rysdal: Russia has spent the last 30 years making really solid inroads into becoming a market economy. Do you think this can continue after this country is fundamentally cut off from much of the global economy?

Miller: Well, the problem that the market economy in Russia is currently facing is that many private companies are basically being squeezed out of any funding, in many cases squeezed out of their markets. And what will remain is largely the state part of the economy. It will benefit from the support of the government. Additionally, the state-owned part of the economy is in industries that were generally less dependent on foreign relations or in areas like energy, where there is still a fair amount of foreign trade. possible. It is the rest of the economy that will really face the toughest outlook over the next few months.

Rysdal: Quantify that for me. I mean, a tough outlook on the coming months seems a bit sterile, right? It won’t be pretty there.

Miller: Well, it won’t be pretty. It’s really hard to predict with certainty how bad this is going to be, in part because we haven’t had sanctions like this on a major economy in three-quarters of a century. [referring to the economic actions taken against Japan during World War II]. So we’re operating in really new territory, and the Russian political elite doesn’t know how to deal with it. They’re improvising for a crisis they weren’t ready for.

Rysdal: Do you suppose we go back to – and look, it’s a leap – but to the Soviet era of a command economy there?

Miller: You know, I think that’s a reasonable comparison to make. The government is increasingly taking direct control of business decisions. It imposes new restrictions on capital flows and on the ability of individuals to access their own bank accounts. I think the other factor that matters on this front is that the Russian economy will become more militarized as the government tries to prepare for the current war and any future confrontation. And the more the military and the security services play a role in economic policy, the more command methods become necessary.