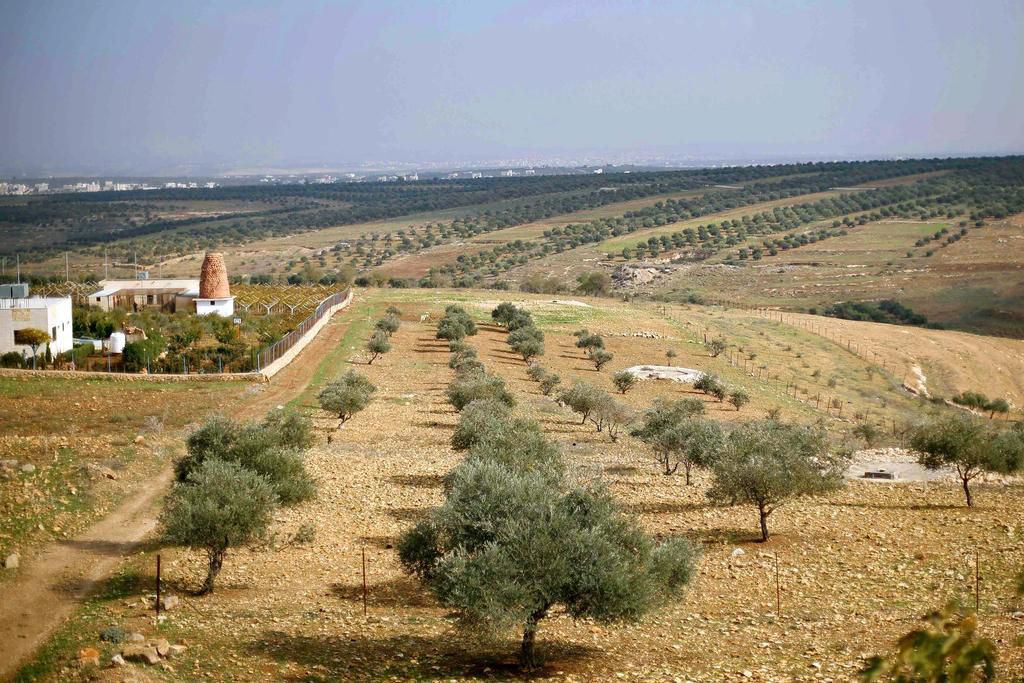 Brown water filled with trash slowly drains along an irrigation canal near the Jordanian border with Israel.

The shepherds along the canal use the same water for their sheep.

“The water got dirtier and dirtier and the level dropped,” says 24-year-old shepherd Samer Mansour. “It’s our only source of water.

We lost some of the aquifers due to over pumping

When work – funded by the United States – began on the East Ghor Canal in the 1950s, the canal was mainly fed by the Jordan River, its Yarmouk tributary, and rainwater.

By the end of construction on the flagship infrastructure project in the late 1980s, treated wastewater had become the main source of the canal.

The 110-kilometer canal originates in the Yarmouk River basin in northern Jordan and feeds much of the Jordanian Rift Valley. The valley is a very dry region, many parts of which are below sea level, and represents a third of the kingdom’s 100,000 hectares of irrigated land.

Water supplying the canal was relatively plentiful before Israel occupied the West Bank in 1967, thereby consolidating its control of the Jordan River. Since then, neighboring Syria has increasingly contained the Yarmouk.

Olive farms in the town of Irbid, north of Amman. A lack of rain and higher temperatures this year have reduced the olive harvest by around 20 percent compared to last year. Reuters

Better quality water, a significant proportion of which comes from Israel under the 1994 Wadi Araba Treaty, has been diverted over the past decade to meet Amman’s drinking needs.

Shepherds, like Mr. Mansour, receive water from the canal for free, as do farmers in the region.

But the decline in water quality and lower amounts allocated to users have contributed to reduced agricultural yields.

Mr. Youssef cultivates his crops in 50 plastic greenhouses near the canal. His farm’s production has steadily declined to 60 percent of its level eight years ago.

The water from the canal no longer comes daily, and its poor quality has affected the soil.

The season, from September to April, is two months shorter and several neighboring farms have gone bankrupt, he says.

“As soon as the weather warms, the crops deteriorate,” he says.

“Next year will be worse,” he said.

At 100 cubic meters per year, Jordan’s per capita water share is one of the lowest in the world.

Precipitation, which averages around 100 millimeters per year, is also among the lowest.

In Jerash, north of Amman, farmer Rateb Silwan expects a bad season this year due to the drought.

“Droughts were almost unheard of at the time. Now they happen every four years or so, ”he said.

Some Jordan Rift Valley farmers, who can afford the investment, have switched from vegetables to dates.

Dates consume less water and make more money due to demand from the Gulf.

“If there had been more water in the canal, there would certainly have been more date cultivation,” explains Hassan Al Sawalha, who runs a date farm in the region.

But agriculture has grown considerably over the past decade in the desert areas above the Jordan Valley.

The farms above the Jordan Valley are supplied by groundwater.

Farms of olive, peach and almond trees span desert roads from north to south of the kingdom.

These desert regions are mainly inhabited by tribes who form the basis of support for the Hashemite monarchy which has ruled Jordan since the kingdom’s founding with support from the British 100 years ago.

According to official figures, many wells in tribal areas are illegal. Data shows that thefts and leaks account for 30 percent of losses in the water system each year.

He avoided identifying specific areas with illegal wells, saying only that farmers “caught in the act are brought to justice”.

The immediate solution, the minister said, is to implement a still unfulfilled plan to desalinate water from the Red Sea and pump it north.

Agriculture accounts for 5 percent of Jordan’s gross domestic product while consuming around 55 percent of the country’s fresh water.

However, most of the water consumed in the Jordan Valley is treated water, unlike the unsustainable consumption of groundwater in the highlands.

Jawad Al Barkri, professor of agriculture at the University of Jordan, says groundwater is pumped at double the safe output of 300 million cubic meters per year, at least.

“We have lost part of the aquifers due to over pumping,” he says.

Jordan’s politics of “expansion agribusiness and using desert areas to produce food ” need to be changed, he said.

He is working with the German Society for International Cooperation, or GIZ, on a plan to reduce the size of irrigated areas while increasing yields.

Although the plan takes local conditions into consideration and divides the kingdom into agricultural areas, instead of more uniform policies covering the country, it still requires diktat from the government.

Prof. Al Bakri says efficiency can be achieved “by adopting appropriate cultivation models and studying demand” for each area.

“Why do we have huge amounts of tomatoes? There are other strategic crops, ”he says, suggesting potatoes, carrots and onions instead.

He also suggested that farmers in some areas might turn to livestock or medicinal oils, which require less irrigation and less land than other widely cultivated crops.

“Water poverty in Jordan is extreme,” he says.

Did you know that the Rivian R1T 2022 is a heavy truck? Owner’s manual says it all