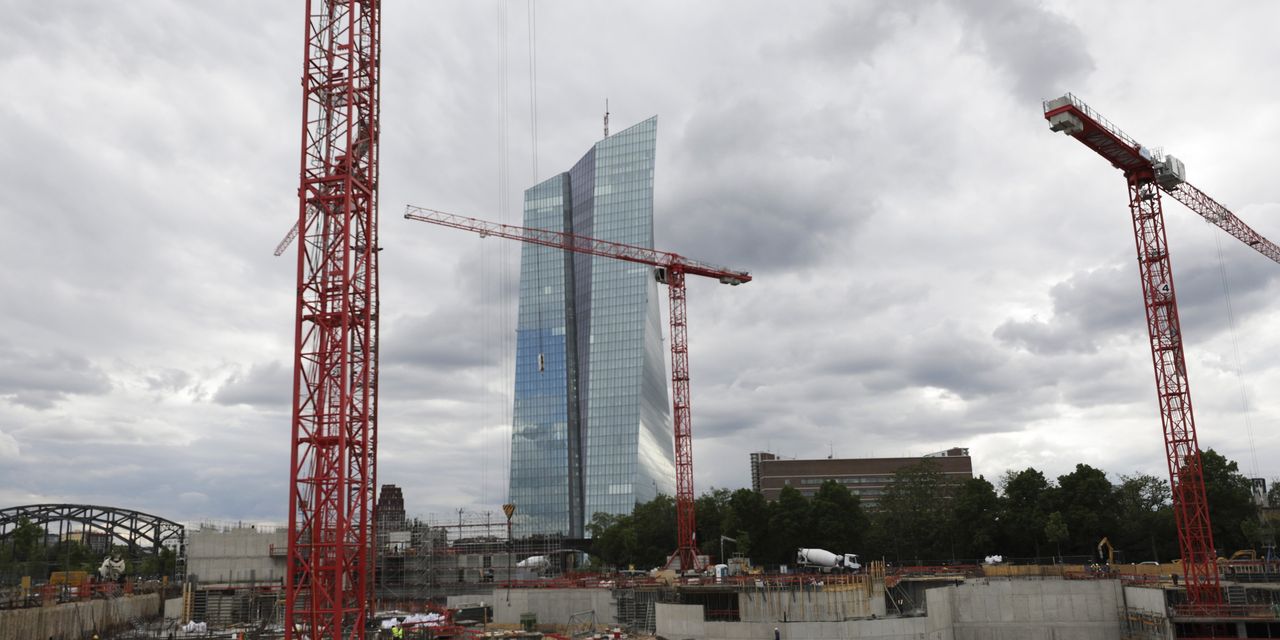 ECB President Christine Lagarde warned on Thursday that the eurozone economy could contract as much as 12% this year and that the form of a recovery was highly uncertain.

The ECB left its key interest rates unchanged, but said it would offer four-year loans to banks at an interest rate as low as minus 1%.

Ms Lagarde said the bank was ready to increase the scale of its new bond buying program, the Pandemic Emergency Purchase Program, or PEPP, “as much as needed and for as long as needed. “to counteract the slowdown.

She said the bank would target particular countries if necessary to avoid financial fragmentation in the monetary union – code for buying debt from the Italian and Spanish governments.

His comments at a press conference Thursday helped allay investor concerns that the ECB might be reluctant to back heavily indebted governments such as Italy, which have imposed costly lockdowns to contain the pandemic.

Other major central banks such as the Federal Reserve and the Bank of Japan pledged to buy debt in almost unlimited amounts to support a new wave of government spending.

Yields on Italian and Spanish government bonds fell on Thursday and the euro slipped against the dollar.

Nonetheless, some investors were disappointed that the ECB did not immediately step up its bond buying program. The delay “will leave investors with lingering doubts about its commitment to take out government bonds during the coronavirus crisis,” said Andrew Kenningham, an economist at Capital Economics in London.

The region is facing what could be its worst economic downturn since World War II. Borrowing costs in Italy and other southern European countries have jumped in recent weeks as investors worry about the ability of heavily indebted governments to manage the growing costs of the crisis.

Data released earlier Thursday showed the eurozone economy contracted at an annualized rate of 14.4% in the first three months of the year, the fastest pace on record, according to the European Union statistics office. which exceeds by far the 4.8% drop in the U.S. economy during the same period.

Closures imposed across Europe to contain the virus have closed shops and factories, slashing business and household spending and weighing on consumer prices.

Eurozone inflation fell to just 0.4% in April from 0.7% the month before, reaching its lowest level in nearly four years, the EU’s statistical agency said. The ECB aims to keep inflation just below 2%, a target it has missed for years.

Ms Lagarde said the ECB’s new bond buying program was “the best tool we have in our toolbox” to counter the slowdown.

She suggested for the first time that the program could be extended until 2021, which would provide crucial support to governments like Italy’s.

It was a very different tone from that pronounced by Ms Lagarde at her last press conference on March 12, when she suggested that the ECB would not close spreads – the gap between Italian and German borrowing costs . This comment ricocheted through financial markets, pushing Italian bond yields up sharply. Ms. Lagarde quickly changed course, launching the new program a few days later.

The ECB’s decisions on Thursday show the bank wants to take stock of recent policy decisions and keep some dry powder, said Carsten Brzeski, economist at ING Bank in Frankfurt.

“This dry powder is necessary because today’s GDP data gave us a first impression of the severity of the crisis in the euro area.”

The ECB’s move to ease the terms of its loans would support eurozone banks and could lead them to take more than € 1 trillion in a three-year tender in June, said Frederik Ducrozet, economist at Pictet Wealth Management in Geneva.

Yet at its current rate of bond purchases – around 25 billion euros per week – the ECB will exhaust its new buying program by October.

Eurozone governments need to refinance nearly € 2 trillion in debt this year and fund net new issues of around € 1.5 trillion, according to Christopher Dembik, head of macro analysis at Saxo Bank.

The ECB will likely need to add at least € 500 billion to its bond buying program this year to absorb coronavirus-related debt, Dembik said.