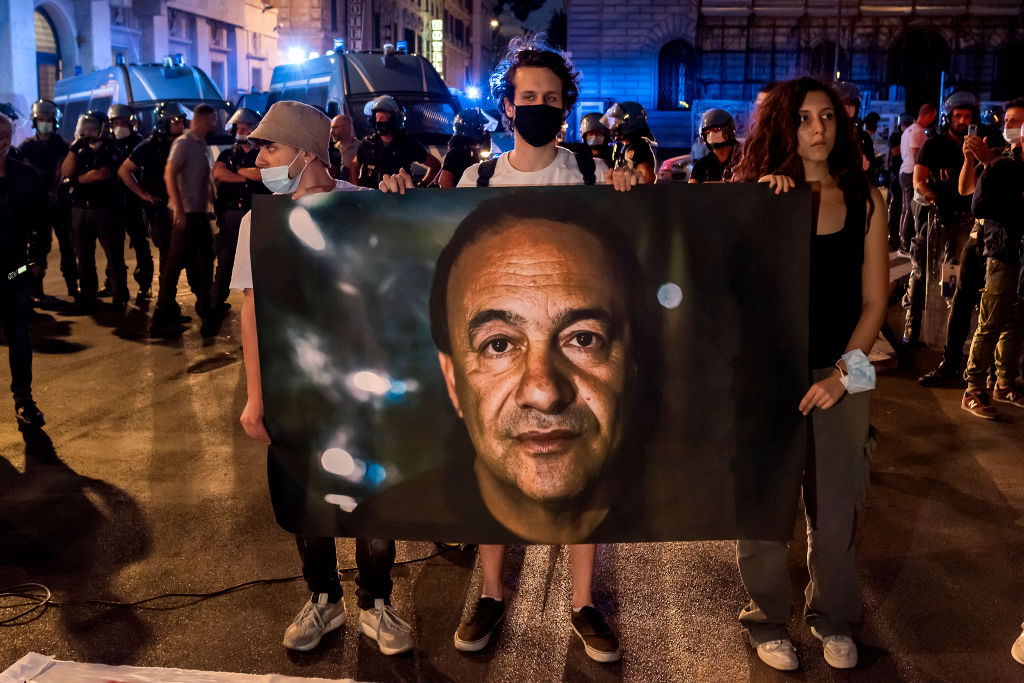 In Italy, a mayor who defended refugees faces 13 years in prison

On Monday March 21, the lawyers of Domenico “Mimmo” Lucano, former mayor of the small Italian town of Riace, filed a final appeal against his conviction handed down last October. The date of the verdict remains uncertain, but if the appeal fails, Lucano faces thirteen years behind bars. The disappearance of the local politician from FortuneThe list of the world’s fifty greatest leaders to spend the last year under house arrest is another battle in the long war of the Italian right against immigrants and progressives. It is a dark irony that the week that Italy welcomes Ukrainian children, to international acclaim, also saw one of the architects of these integration policies in a battle for his freedom.

Like many rural Italian climates, Riace has already faced terminal decline. Emigration and falling birth rates across the country have depopulated the countryside, forcing many towns to develop schemes to sell houses at a nominal €1 to foreigners who agree to settle there. Riace, in the southern region of Calabria, took a much less fanciful approach, embarking on a bold plan to renew its fortunes by resettling thousands of refugees. It is not the only Italian community to adopt such a strategy – Sutera in Sicily is another recent example – but it is the oldest and the most recognized internationally.

The city first hosted Kurdish refugees in the 1990s. According to Lucano, one of the refugees at the time said the area reminded him of Kurdistan and he wanted to stay. “That’s when I spoke to the bishop, who told me it was a prophetic hunch,” Lucano told Progressive International in a high-profile interview. “I realized that the bishop and I shared a vision and convictions in terms of social equality and fraternity.” Riace continued to provide housing, health care, and opportunity for people seeking safety, and Lucano was elected mayor three times.

The works programs saw the town renovated and revitalised, and the emergence of small cottage industries, including an Afghan-run weaving business that blended traditional Italian and Afghan techniques. The city has followed in the footsteps of many others by creating a local currency to boost its economy. Meanwhile, the Lucano administration provided direct cash transfers of €200 to the refugees, giving them economic freedom as opposed to the restrictive meal vouchers they were accustomed to. “These projects cannot be limited to the initial phase of welcoming refugees, but must also try to foster integration programs,” explains Lucano. “My idea was to do both, the initial phase and the integration phase, with projects such as work grants for refugees through the oil mill projects, the social farm, the craft workshops and the houses of reception of tourists. Even when granted residence permits and the freedom to move around the country, many migrants chose to settle in Riace.

It was schemes like these that got Lucano convicted of allegedly aiding and abetting illegal migration. He insists no law has been broken – and rejects in the strongest terms the charges he personally acquired through his program. “What’s strange,” says Lucano, “is that the heaviest sentence is for embezzlement despite the evidence provided by the transcripts of the Colonel of the Guardia di Finanza who said, ‘No, this mayor did not receive money, he has no up-to-date accounts, he has no property, he has nothing, telephone tapping shows that his only interest was to pursue an ideal of welcoming refugees.

While insisting he remained on the right side of the law, which is the basis of his appeal filed this week, Lucano adds that “inhumanity can be legality”. After being asked by Italy’s Interior Ministry then under Minister Marco Minniti, of the soft-left Democrats, to help relocate the refugees, Lucano was then tasked with deporting the people after six months. This would have meant disrupting the education of children – both that of refugee children and others, as the local school relied on its new population to keep running. “It was a heavy clash between legality and morality.”

The number of people involved was relatively small at the time of the lawsuits; the total population of the region, including its longer-term residents, is approximately five hundred. A much broader target of criminality in the administration of migration could be the widespread allegations of racketeering in Italy’s asylum and reception system. But Riace won international acclaim for instituting a humane, decent and progressive way of dealing with the refugee emergency on Europe’s borders, at a time when the space for such thinking was shrinking. This is why Riace’s model seems to have fallen victim to its own narrative success.

Figures such as former Milan mayor Giuliano Pisapia even claim that one of the purposes of the case against Lucano was to derail a planned TV series about Riace. The series in question has indeed been interrupted, following a request by Maurizio Gasparri, senator for Silvio Berlusconi’s Forza Italia party and former communications minister under the right-wing mogul. Such a broadcast would have been an important counterweight to the anti-migrant campaign in the private broadcast media at the time.

Instead, the right attacked Lucano in a devastating media campaign that continues to this day, with far-right former interior minister Matteo Salvini recently to accuse Lucano to “colonize” Italy with African migrants. While the legal issues surrounding Riace and measures like the Minniti anti-humanitarian code predate Salvini’s tenure, his involvement in the broader right-wing campaign cannot be separated from the court case. Lucano was arrested on October 2, 2018, four months into Salvini’s tenure as interior minister. Meanwhile, maritime salvors who will face a similar trial in Trapani, Sicily later this spring have accused Salvini of being at the heart of an espionage campaign against their vessel.

If Lucano is an icon of the Italian left, this story extends far beyond Italy. Long-running media campaigns to smear aid workers and aid workers – and even the outright criminalization of their efforts – are recurring themes across Europe as well as in the United States, where people who provide aid Mexican border aid have faced similar charges. It was only after seafarers’ unions intervened that the criminalization of lifeguards was excluded from Britain’s new Nationality and Borders Bill. So is the creeping web of control and surveillance applied to anyone providing assistance, such as the requirement that doctors and teachers act as de facto immigration agents or face penalties. I wrote recently about how the European Union will embark on a new round of strengthening the infrastructure of border violence – facilitating abuses by member states even if it formally disavows them. Taken together, this represents the creeping rise of a deeply undemocratic politics.

This policy also goes beyond migration and borders, and not just because of the broader justice issues at stake. solidarity and collective action. To quote Lucano: “The state is absent in this region and there are no factories and industries like in northern Italy. The reality here is one of welfarism and mafia domination. We don’t have much, so we had to create workshops for all things social out of necessity. Nothing here was private. This is the Riace model. When he says: “I am convinced that the right to have housing is a universal right of all human beings”, he is not talking only about refugees, but about all of us. This is another reason why people like Lucano are dangerous to established political forces.

The right is publicly campaigning against migrants because of a threat to jobs and community. But in Riace’s case, migration was building integrated communities and saving local livelihoods, employing local workers on projects, and more. In reality, it is our model of capitalism and its advocates in politics that structure migration in a divisive way and then blame migrants for the results. In the same week as the Mimmo appeal began, hundreds of British seafarers were fired by shipping company P&O and forced from their workplaces by security. Their vessels, registered in Cyprus, are not subject to British labor law. Workers are on the verge of being replaced by exploited migrant workers paid almost four times less than the UK minimum wage, and states and courts seem helpless. This is how our economic model allows the powerful to use border divisions to the detriment of everyone. Riace demonstrated the possibility of a more decent way of doing things, where movers are welcome and everyone benefits. Because of this, he faced a fierce campaign to kick him out of history.

But this campaign could still turn against you. There is now growing pressure to release Mimmo Lucano with the support of personalities around the world, and Progressive International is gathering new signatures. This fight has grown because it is about so much more than one man’s freedom, important as that is. It’s about the insight into the possibilities that ideas like Riace’s model give us in difficult times. In the words of Lucano:

Being political is more than elections because everything is political. It is a condition of society, of human relationships and of the choices you make to help build something. . . . That’s what we’ve been taught – that’s the culture of ancient Magna Grecia, isn’t it? »

There was hope and faith in an opportunity to improve the world.

Preparing to buy USD/CHF, after a CHF 21.1 billion intervention in SNB currencies