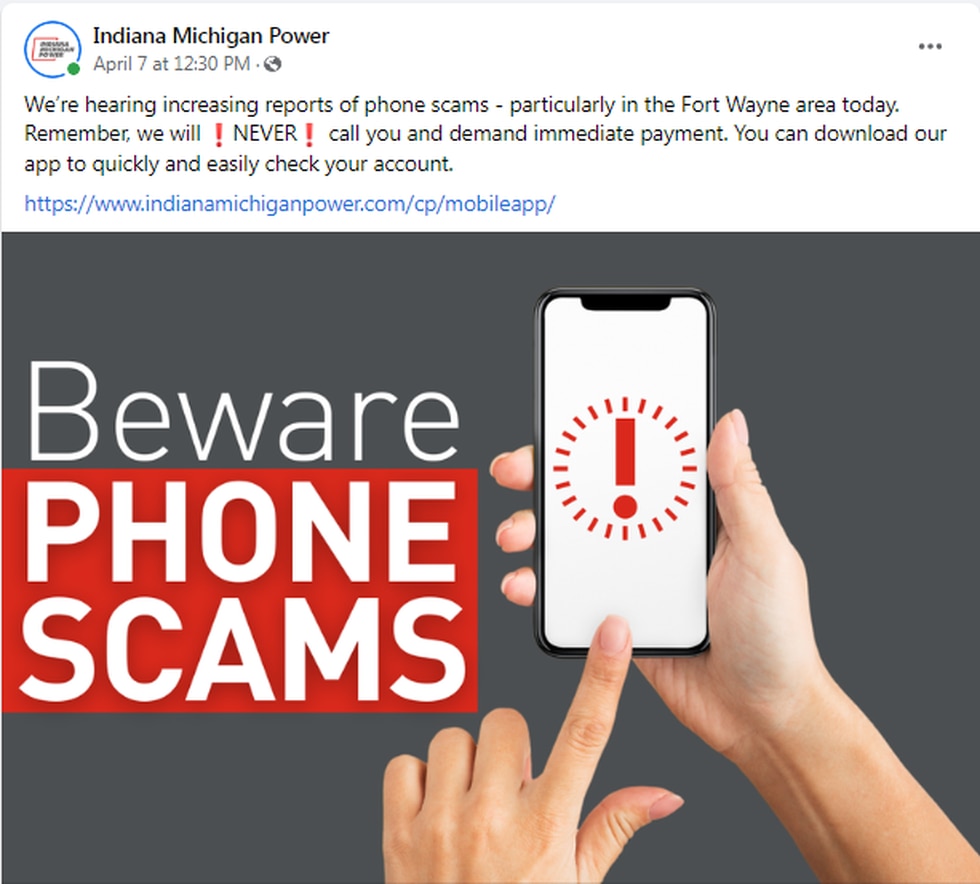 FORT WAYNE, Ind. (WPTA) – Did you receive a scam phone call from someone posing as a representative of Indiana Michigan Power? You may not be alone.

Indiana Michigan Power says scammers are calling customers claiming someone is overdue on their bill. The caller then states that if the customer does not pay his bill immediately, his electricity will be cut off. The victim is often told to call another number to arrange payment. Scammers may also request account information or personal credit card and banking information from customers.

President and CEO of the Northern Indiana Better Business Bureau Rick Walz issued a consumer alert on Wednesday about the scams.

“First of all, a lot of these phone numbers will be from a fake number. The consumer is going to think it’s legit because they’re showing I&M on their tablet,” Walz said.

Walz says this week alone, they’ve received four reports of scammers claiming to be from I&M. He says for every scam reported, there are nine that go unreported. Walz says it’s because people are nervous and embarrassed to say they’ve been scammed.

“Be aware of high pressure tactics, if they tell you they demand payment instantly, hang up the phone and then call the customer service number that is actually on your bill.”

“The other thing is to stay calm. They’re going to prey on your emotions and you’re going to react and think I need to deal with it right away, so it’s not legit,” Walz said.

He also told ABC21 if you receive a scam call, report it immediately to the BBB. Walz says if the person asks for a wire transfer or debit card, it’s a scam.

ECSO warns that FPL does not collect Bitcoin for your overdue electricity bill: NorthEscambia.com