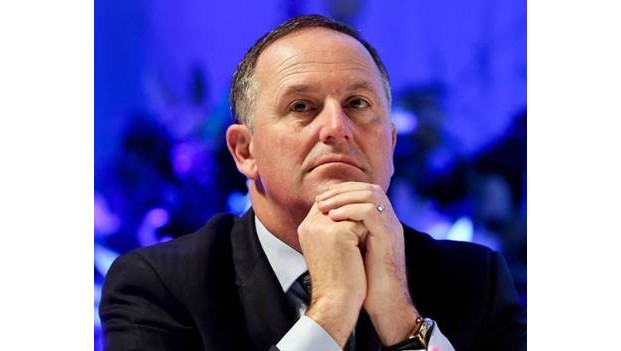 It is no small feat when a former prime minister speaks in public during a time of national crisis. At such times, the words of past leaders, spoken in favor of current leaders, can have a powerful unifying effect. Indeed, rare are the gestures capable of generating such positive results. When support is received from across the party-political divide, the message is simple. In this time of crisis, what unites us is far more important than what divides us.

Likewise, it is no small feat when a former leader steps forward to criticize the current leaders’ handling of a national crisis. Far from generating unity, such interventions can only intensify divisions – especially when the former leader concerned is from the opposition party. In addition to the fears arising directly from the crisis, such interventions accumulate the bitterness of partisanship and conflict. Only in the face of the most imminent danger; only in response to the most abject failure; could such an intervention be justified.

The fact that former National Party Prime Minister John Key makes no attempt to convince fellow New Zealanders that their government’s policies either pose an imminent threat to public safety or represent a dismal management failure politician, casts his very public intervention in the current Covid-19 crisis in a deeply troubling light. Present an alternative strategy to that of the government: a strategy not supported by scientific evidence, but embellished with highly controversial invectives; raises serious questions of motivation.

Not the least of these questions is why Key chose to make his speech in splendid isolation from current National Party leader Judith Collins? The most obvious retort: ​​give Collins plausible deniability; just won’t wash off.

Key section, published in competing newspapers, the same day (9/26/21) comes a time when Collins’ leadership is under constant fire from forces both inside and outside his party. It would therefore be quite understandable if Key’s opinion piece was interpreted by many National Party supporters as “For God’s sake, woman, stay away and let me show you how to do it. ‘is made!” moment.

If Key’s article was a masterful examination of Jacinda Ardern’s government’s handling of the Covid-19 pandemic, such an unflattering construction could have been avoided. Had it been filled with carefully assembled scientific evidence and practical solutions to well-established problems, suspicions of dogfighting within the party might have been ruled out. Especially if it had been complemented by a measured and above-the-fray call for bipartisan cooperation in the national interest. Unfortunately, Key’s article does not fit this description.

Even Key’s choice of metaphor – the ill-fated Apollo 13 mission – fails to pull off. Key presents Apollo 13 as the classic example of imaginative adaptation:

“In times of crisis, humans can be creative and inventive. Faced with the growing acceptance that Covid-19 and its variants can be with us indefinitely, the New Zealand government and public health officials, like NASA in 1970, must quickly change their thinking to adapt to the new challenge. “

Except that Key’s understanding of Apollo 13 is fundamentally flawed. NASA did not change its way of thinking, it was simply forced to do more. More importantly, they had to think about how to get the astronauts home safely using only what they had on the spacecraft. That was the critical challenge: accepting that no one was going to save Apollo 13 except the men of Apollo 13. All Houston had to offer them was advice. To get home, the Apollo 13 astronauts had to “follow the science”.

It is very instructive that this interpretation of Apollo 13 never came to Key. No wonder, of course, since by reading this, Jacinda Ardern, her government, and the “Five Million Team” behaved exactly like the astronauts. They locked themselves in and sat down in their extremely vulnerable little country. They consulted their scientists, heeded their advice, and with great care and minimal destruction brought New Zealand home safely.

It is telling that Key reflects on this extraordinary achievement and could not come up with better descriptions than “Sufficient Hermit Kingdom” and “North Korean Option”. Amid the ongoing, much more desperate and yet to be won struggle of this country against the Delta variant of the Covid-19 virus, the former New Zealand Prime Minister denounces what he sees as the government’s lack of urgency Ardern:

Not content with describing his country as a gigantic prison, however, Key goes on to characterize the government’s expert science advisers as fear-mongers:

“Public health experts and politicians have done a good job of making the public fearful, and therefore willing to accept multiple restrictions on their civil liberties that are disproportionate to the risk they incur from Covid. “

Said who? A former prime minister whose professional expertise lies in currency trading – a profession with no obvious ties to the science of epidemiology. We hesitate to ask ourselves what overseas model Key would like to see promoted by the New Zealand government: that of Sweden, that of Ireland, that of Singapore, that of the United Kingdom, that of the United States?

One also wonders how Key must have received the news that the latest Research New Zealand poll shows that more than 70% of New Zealanders fully or partially support the “multiple restrictions on their civil liberties” that the “lockdown” entails. His dismay at discovering how very few New Zealanders were in favor of removing all restrictions – “masks, quarantine and everything else” – just 7%, is easily imaginable.

Key’s 5-point plan, what for? “Freedom Day”? is a curious mix of carrot and stick. The most reasonable suggestions are already under investigation by the government, the Department of Health and the business community. At the heart of his call, however, is Key’s deep frustration (shared by the sizable number of powerful individuals and organizations he speaks to) with the government’s all too obvious success in persuading a substantial majority of the population. that the measures he adopted to keep New Zealanders safe are both necessary and effective.

How do they explain their own failure to persuade New Zealanders that getting rid of blockages and opening up borders is the best way forward for the country? The insulting answer, unfortunately, is that, when it comes to Key, they are too afraid to think for themselves. In short, they were afraid to comply. “Stop ruling by fear.” Main unambiguous demands of the government of Ardern.

It was also Key who refused to rule New Zealand with the ham fist exposed in this opinion piece. Had he done so, it is unlikely that his tenure would have lasted eight years. With the considerable political finesse he has shown as Prime Minister, Key could have done much more. An essay clearly meant to be constructive, filled with the pleasant optimism that made New Zealanders vote for him over and over again, would likely have sparked a grateful phone call from the Prime Minister – perhaps even an invitation to throw out some ideas. . The effort carried in the Sunday papers, however, did not deserve more than it received – a good hard slap Covid Response Minister Chris Hipkins.

It turned out to be a small thing after all.

* Chris Trotter has been writing and professionally commenting on New Zealand politics for over 30 years. He writes a weekly column for interest.co.nz. His work can also be found at http://bowalleyroad.blogspot.com.

The rupee will trade in the range next week