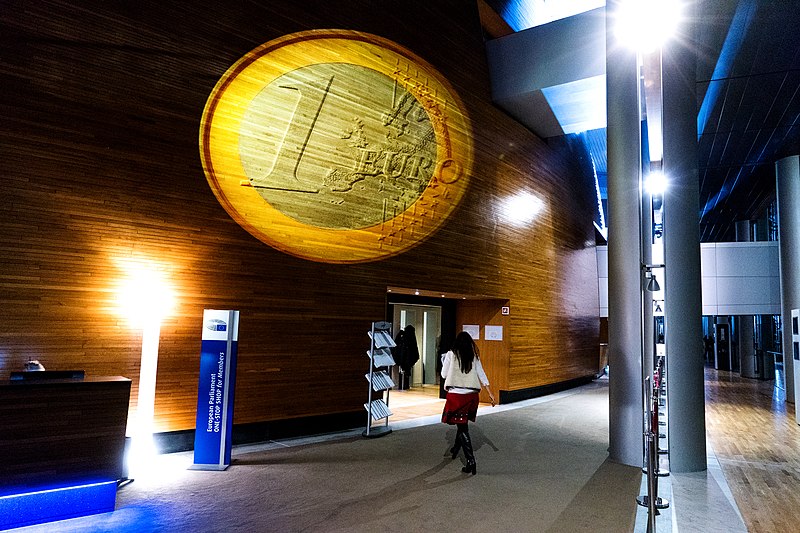 It has been twenty years since Greece joined the euro zone, an anniversary that has been overshadowed by the spread of the omicron COVID-19 variant.

20 years ago this month, Prime Minister Costas Simitis went to an ATM and removed euro banknotes in front of cameras, ushering Greece into a new era.

“We have achieved this success after a systematic effort by our government and society as a whole. We have achieved a national goal that we have achieved, ”said Simitis in a written statement on the occasion of Greece’s entry into the euro area.

“It was a victory that protected our country during difficult times and adverse conditions. It was the right choice, at the right time, following a national effort, ”the former Prime Minister said today.

Simitis pointed out that today the Greeks have recognized the value of the euro, which has facilitated the country’s economy and the daily life of its people.

The former prime minister said the euro area was the first step in the project of a united Europe, a goal which is now an absolute necessity, in an era of great geopolitical changes.

Greece in the euro area

At the time, however, the Greeks had great difficulty integrating the new common currency into their daily lives. One euro was worth 340.75 drachmas and as a result, the conversion of the Greek coin to the new currency was difficult to calculate in their head.

When Greece entered the eurozone, drachma coins were rarely used in transactions outside of supermarkets and street markets. The 100 drachma banknotes were widely used, but the value of these banknotes was less than a third of a euro.

Therefore, the transition to such a high value coin was difficult because the Greeks were not used to dealing with coins.

The fact that there was no one euro bill – like the dollar bill – made it very difficult for the Greeks to calculate the value of the new coin in their heads.

Ditto for coins of 50 cents, 20 cents and 10 cents: the Greeks had difficulty adapting to small coins which had a value equivalent to 170, 68 and 34 drachmas respectively.

Unfortunately, many traders and service providers have used this difficulty to adopt the new currency to their advantage, rounding up the price of goods and services – and in many cases, rounding them up.

For example, a bottle of water that previously sold for 100 drachmas at a kiosk has been rounded up to 50 cents (170 drachmas), and so on.

In street markets, a kilogram of oranges that sold for 50 drachmas was sold for 30 cents (100 drachmas).

At the same time, of course, wages and salaries in the public and private sectors were calculated at the exact exchange rate of the drachma (340.75 drachma to the euro).

It took some time for the Greeks to get used to the new currency – and government intervention to enforce pricing policies that would also end profits.

However, the Greeks were not alone. In all European countries, some detractors of the euro have criticized the use of the single currency not only for rising prices, but also for the loss of national monetary sovereignty.

The euro and the economic crisis

The common European currency and the European Union itself became targets for disgruntled Greeks during the economic crisis that ravaged the Greek economy and households in the 2010s.

Mass protests in major Greek cities called on the country to quit the common currency and return to the drachma, while demonizing the EU and the International Monetary Fund, Greece’s lenders in the bailout.

During the 2015 negotiations between the Greek government and its lenders, the concept of a Grexit seemed about to become reality.

Some economists argue that the lack of a national currency has had dramatic consequences for a country like Greece which has an economy based on tourism and agricultural exports.

Under different circumstances, Greece could mitigate the negative consequences of the economic crisis by devaluing its national currency, as it has done several times in the past.

In the past, when the drachma fell, Greek products automatically became cheaper, and therefore more attractive abroad. Holidays for visitors to the north have also become even more economical. The adoption of the euro has eliminated this possibility.

On the other hand, other economists argue that if Greece were not in the euro area, apart from the final collapse of its economy, it would today have around a trillion euros in external debt.

History of the euro area

A European Monetary Union was a concept that took an entire decade to materialize. The objective was the coordination of monetary policies between the countries of the European Union.

A single currency offers many advantages: it makes it easier for businesses to trade across borders, the economy becomes more stable, and consumers have more choices and opportunities.

The new Treaty on European Union, which contained the necessary provisions for the implementation of monetary union, was adopted at the European Council held in Maastricht, the Netherlands, in December 1991.

After a decade of preparations, the euro was launched on January 1, 1999: for the first three years, it was an “invisible” currency, used only for accounting and electronic payment purposes.

Coins and banknotes were launched on January 1, 2002, and the biggest currency change in history subsequently took place in 12 EU countries. Greece was in the first group to enter the eurozone.

It was a large financial transaction, possibly the largest in history: the European Central Bank printed more than 15 billion euro banknotes and some 52 billion coins were minted before January 1, 2002.

The banknotes and coins of the new currency were printed and minted individually for each country, with the language and symbols of each country in particular.