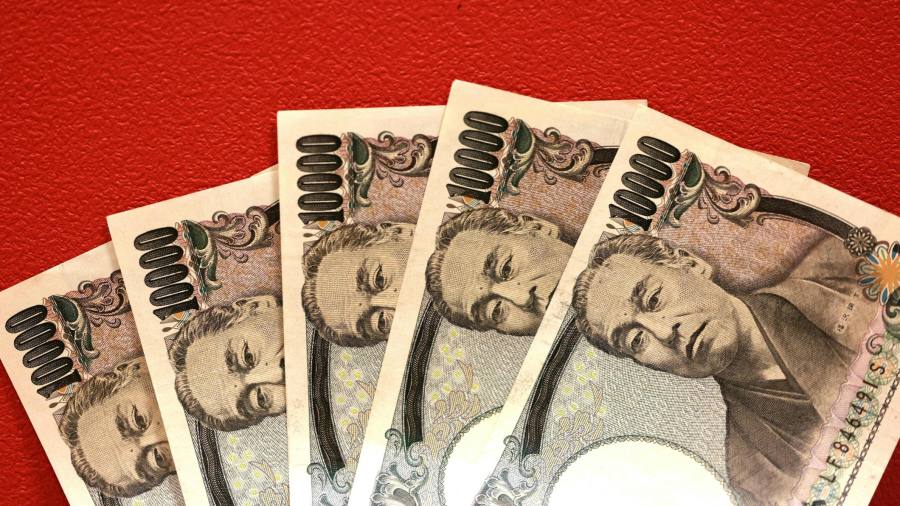 As the US Federal Reserve and other major central banks embark on aggressive interest rate hikes to fight inflation, Japan is now the only country in the world still to have negative rates.

He paid the price for that position on Thursday, after the Swiss National Bank raised rates into positive territory. The Bank of Japan’s promise to stick to its ultra-loose monetary policy drove the yen to its lowest level in 24 years. Within hours, Tokyo stepped in to buy its own currency for the first time since the late 1990s.

This action is unlikely to have any useful economic effect, but it is unlikely to do too much harm; and given the political struggles of Fumio Kishida’s government, that’s understandable. Japan’s G7 partners should not protest too loudly.

The yen has lost about a fifth of its value against the dollar this year, the fall accelerating as the Fed’s rapid monetary tightening has opened up a large interest rate differential.

Kishida’s government, whose popularity is waning, is under pressure to help those losing to the weakening currency – including importers and pensioners on fixed incomes facing steep price increases foodstuffs. Consumer price inflation hit 3% in August, its highest level since 2014. Had the government not intervened when the yen approached 146 yen to the dollar, the level that triggered the intervention in the Asian financial crisis in 1998, he reportedly faced questions from an angry public.

The currency has also been trading for months without clear levels of technical or psychological resistance. Hedge funds and asset managers – mostly based in Europe and the US, rather than Japan – built large short positions against the yen. The purpose of last week’s intervention was to warn these investors that their trades are not a one-way bet; there is a line around the ¥145 level that they should keep in mind. The government thus hopes to at least slow down any further depreciation. It’s not too expensive: at these levels, the Japanese authorities are getting a good deal when they sell dollars from the country’s foreign exchange reserves, which amount to nearly $1.2 billion, in order to buy yen.

However, they should be wary of setting more ambitious goals. Past experience suggests that unilateral currency interventions almost never lead to a significant or lasting impact on a currency. The government should be wary of trying to defend a particular level of the currency or getting into a battle with markets it cannot win. Sending a message is one thing. In fact, strengthening the yen is another. Any other intervention should be sporadic and unpredictable.

The intervention will not have great effects because there is a fundamental reason for the decline of the yen: the yield differential between the yen and the dollar. The much deeper question is therefore whether the BoJ should raise interest rates in order to strengthen the yen. The central bank, however, sets interest rates in order to manage economic activity and inflation. If she suddenly shifted her policy focus to the exchange rate, it would jeopardize her efforts on both. Japan’s low interest rates reflect its 30-year struggle to generate meaningful domestic inflation and maintain full economic activity.

As BoJ Governor Haruhiko Kuroda observed this week, with clear differences in its “economic and price situation,” Japan doesn’t need to remove negative rates just because other countries have done it. The challenge is whether this is politically viable or whether Kishida will feel pressured to replace Kuroda with a more hawkish governor when his term expires next year. If a little yen intervention buys the policy space for consistent monetary policy, then the benefits are probably worth the costs.