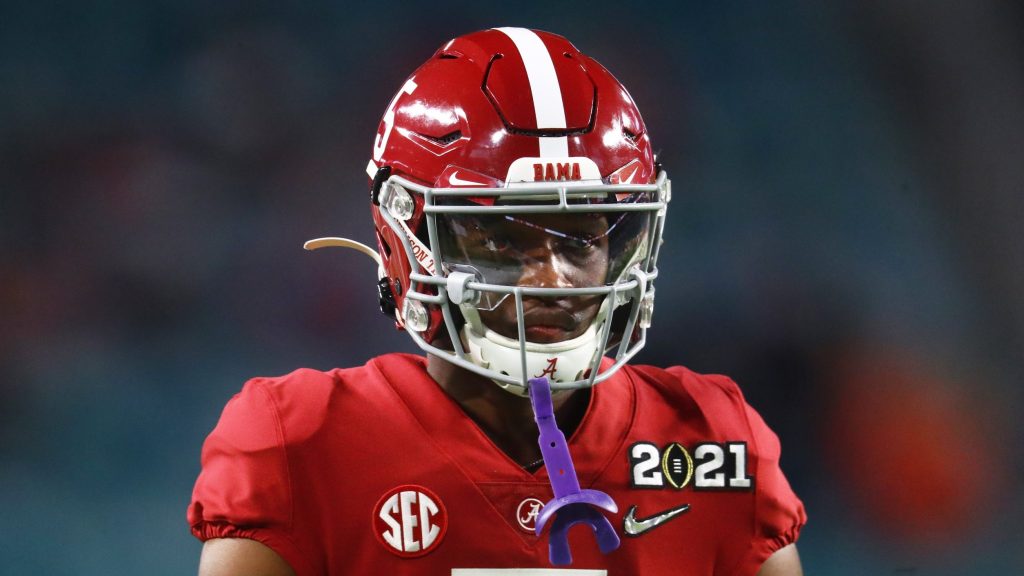 Former Alabama wide receiver Javon Baker announced via Instagram that he will be transferring to the University of Central Florida. Baker will join former Auburn head coach Gus Malzahn in Orlando.

Baker was a four-star receiver for Georgia in the 2020 recruiting round. After two seasons with the Tide, Baker decided it was best to step into the portal and explore other opportunities. He hasn’t seen a ton of playing time in two seasons. He had nine catches for 116 yards and just one score in his career at Alabama.

Baker originally intended to go to Kentucky before announcing that was no longer the case on May 27. Just two weeks later, he opted for the Golden Knights. There he will likely see immediate game time.

Transfer to Alabama WR Javon Baker has committed to UCF, he announced on IG.

Nice portal takeover for the Knights after Baker was previously signed to Kentucky. pic.twitter.com/AvMWMFhdo3

Roll Tide Wire will continue to cover the Crimson Tide during the 2022 offseason.

Let us know your thoughts, comment on this story below. Join the conversation today!