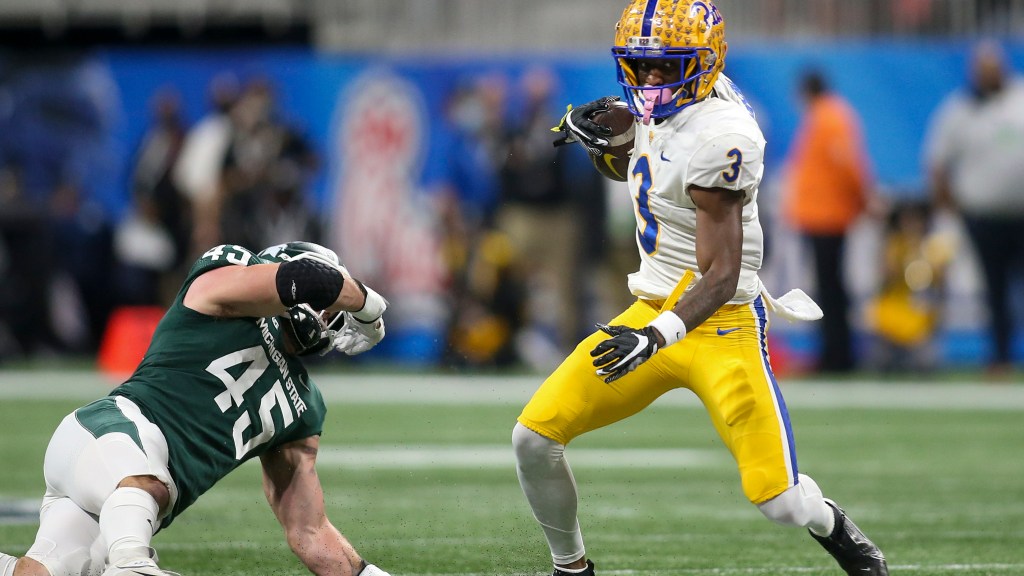 As Day 2 of the NFL Draft unfolded Friday night, an explosive story unfolded in college football, with USC and Lincoln Riley at center.

Rumors have emerged that Pittsburgh Panther wide receiver Jordan Addison, widely regarded as the ACC’s top wide receiver for the 2022 season, is set to transfer to USC due to the arrangement of a lucrative NIL deal, even if he hadn’t officially placed his name in the transfer portal yet.

According to ESPN’s Pete Thamel, the Pittsburgh head coach reached out to Lincoln Riley to express his displeasure and disapproval with this series of events.

Addison, who has just completed his second season, has not yet entered the NCAA transfer portal. If he wants to be eligible for the upcoming season without requiring a waiver, he will have to do so before the May 1 deadline. It means a decision looms this weekend that will be watched closely in the sport.

Pittsburgh thinks USC and Riley are smuggling Addison into trying to steer him to Los Angeles.

Today is April 30, so if Addison is going to enter the portal, it will have to happen today. Stay tuned for more on this developing story.

We’ll have more to say about this saga, no matter how it ultimately ends.

USC Trojans NFL Draft History: Every first-round pick over the past 30 years