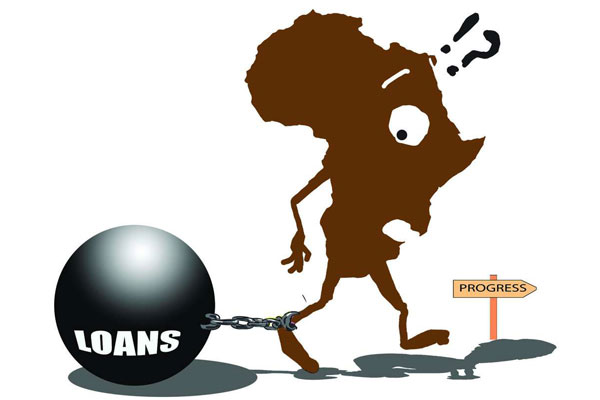 Last week I was reading the story of a lucky Spanish woman – a centenarian who survived the great flu of 1918 and recently recovered from Covid-19. But then I realized that millions of us in Africa had nothing to envy. Because if you were born before 1979 when Zimbabwe became the last country in Africa to gain independence from an outside force, then you too are going through two great episodes: the decolonization and now the recolonization of Africa.

First of all, as Pan-Africanists never tire of telling us, colonization was facilitated by the slave trade that preceded it. They argue that Africa was easy to conquer because many of its strongest had been taken into slavery. At least two sad parallels here.

During the slave trade, local leaders collaborated with slave traders by selling our own people to them. Some rulers did not consider them “our” people because they attacked the victims of rival chiefdoms whom they never considered as brothers and sisters. In their myopic vision, they were enemies. But some idiot leaders actually sold out their own people.

Under the bondage of the ‘new normal’, incompetent leaders have failed to creatively harness their resources and savings to create jobs for their youth, who in turn embark on dangerous journeys across the desert and the shark-infested Mediterranean to indulge their “new normal slavers.”

Second, just as there were not enough strong people to resist colonization after the slave trade, today many of the skilled labor that would have bolstered African economies have disappeared under the so-called brain drain. Many relatives and friends of African leaders who have ruined or neglected their countries’ health systems travel abroad for treatment only to find themselves in the hands of fellow medical experts who have fled their mismanaged homelands. The intellectual friends of these rulers then accused the West of stripping Africa of its know-how. Whether the fault lies with African leaders or Western employers, the result is the same – Africa has been weakened enough for recolonization.

It would have been tempting to absolve African leaders of any collaboration in weakening Africa – the way you can blame the rich for buying your family home for peanuts and making you destitute. But how about blaming your dad for selling him for a song because of his thirst for alcohol?

During the time of my active journalism, I interviewed many African officials in different capitals of our continent. I’ve also had the chance to interact with real human beings at the headquarters of major lenders in Washington DC. What happens during loan negotiations to African governments can be interesting. Forget our perennial complaints of unfair terms or loan irrelevance. The real sinners are the representatives of the miserable African taxpayers in these technical meetings. African officials tend to be so soft, so submissive and in some cases bored, showing outright disinterest in the negotiations. Some Africans are lively and firm, but half are not. Those tough-talking African finance ministers when presenting annual budgets can be mute in London, Paris and Washington.

The result? Africa takes out loans without knowing how they will be repaid. The very first job of a loan should be to create the ability to repay directly or indirectly. Development bankers always know how many dollars each borrowed dollar will create in the economy. In many African states, every dollar borrowed creates less than a dollar. In certain immorally negotiated loans, the local counter-fund constituted by the borrower is in fact sufficient to finance the entire project. But “modern” loans can even be so bad that they can be guaranteed; you don’t pay on time, the project is taken over by the lender for maybe 99 years. At least these days in Uganda, you cannot borrow against your house without the consent of family members. Loans from Africa should also first be put to a referendum if the new colonization is to be reversed. Otherwise, it could end so quickly that we might even see the third episode – the second decolonization of Africa. But that would most likely be futile – I mean the second decolonization.

Joachim Buwembo is a journalist based in Kampala. E-mail:[email protected]