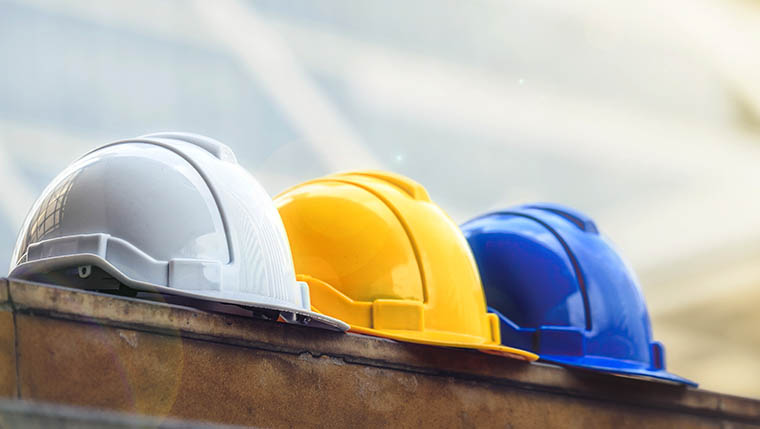 The myth that developers are hoarding land after obtaining planning permission in order to benefit from a growing market has been debunked again in a new study from leading town planning consultancy Lichfields.

The Tracking Progress report supports the findings of other independent reviews, including those of Sir Oliver Letwin and the OFT; and describes the flaws in the oft-cited report released by the Local Government Association each year.

Lichfields has been commissioned by the Land Promoters and Developers Federation (LPDF) and Home Builders Federation (HBF) to undertake research on how the pipeline of sites for housing development compares to what might be needed to meet to the government’s ambitions for an additional 300,000 net households per year across England.

The report – Tracking Progress, the second step of Lichfields’ research – provides an ‘in-depth’ review of monitoring data to establish what happened to planning permissions granted in just one of five base years. case studies of local planning authorities (LPAs) over a period of five years.

The report highlights the complexities and risks involved in the planning and development processes, finding that “the mismatch between the building permits granted and the production of housing is easily explained by the simple question of the time it takes to build a house. is needed to advance development through regulatory stages, the risks associated with delivering small sites, the overall phasing of construction to larger sites, and the role of the planning system in facilitating changes to planned development patterns to reflect practical requirements.

He concludes: “None of our analyzes suggest (at least outside of London) a systemic failure in the conversion of building permits to development by industry.” He says that when local residents and councilors refer to authorizations that have not yet been issued, they are, in many cases, simply seeing a lead time on blueprints which is quite normal. “Even with that, most of these programs are delivered early, with the majority of general authorizations in research being completed or delivered – and a third of the homes on these general planning authorizations are completed – within five years.”

Lichfields calculates that, based on the case studies in the report, when looking at the number of units granted for any type of clearance (both full and summary) in a given year, after five years, we can expect approximately:

As noted in Taking Stock, the first phase of the research, Lichfields found “logical errors” with the LGA report, not least because he counts projects twice under multiple building permits, as builders resubmit them. final approval requests. as the details are agreed with the local authority. “These fatally undermine the credibility of the 1.1m figure, the robustness of which is not reinforced by its repetition.”

The reports also point to regional differences in terms of the number of building permits granted – and that they are not necessarily in the right places and where people want to live; and shows that many parts of the country – particularly in the southeast where financial pressures are greatest and where local authorities do not have deliverable local plans or have not identified five-year land supplies, have the biggest gap between houses with building permits and the number needed.

Andrew Whitaker, director of planning at HBF, said: “This myth that the homebuilders land bank has been dismissed by a growing number of independent reviews. As this latest research shows, the aggregation of the number of outstanding town planning authorizations misses the “history” of each site proposed for development.

“Problems with the planning system remain the biggest obstacle to providing desperately needed housing for industry and government housing ambitions. Instead of hiding behind the misleading figures produced by the LGA each year, local planning authorities must comply with the responsibilities imposed on them by the planning system. To achieve housing objectives, Local Authorities must ensure that they develop up-to-date local plans, allocate a choice of sites in terms of size and location and quickly and efficiently accommodate all types of development requests, including including revisions and modifications. “

Paul Brocklehurst, Chairman of the LPDF, added: “This research highlights the oversimplification of the Local Government Association’s frequently cited analysis in the national press and by many politicians regarding the ‘stock’ of unimplemented consents. . Building on Lichfield’s initial Taking Stock report, this latest analysis highlights the desperate need for an increase in short-term planning permission if we are to meet the government’s goal of building 300,000 new homes per year. .

“The white paper process on government planning has exacerbated the impact of the pandemic on the functioning of the planning system, causing many LPAs to suspend, delay and abandon their local plan process. This, combined with pressures on the PLA’s planning resources, has led to signs that planning permissions for new sites suitable for all home builders may be on the decline. Urgent action is needed to ensure that the housing construction industry, in addition to the workforce and supply chain challenges it faces, does not face short-term disability. to reconstitute its lands.

“We fully appreciate that the new Secretary of State for Upgrades, Housing and Communities wants to carefully consider responses to last year’s White Paper planning proposals before making critical policy decisions. However, we call on the government to quickly clarify the changes it proposes to make to the current planning system, so that local authorities can start producing their local plans again, land can be allocated for much-needed housing and that l The development industry can continue to supply the government’s target of 300,000 new homes per year. Provided that LPAs and the private sector can react positively, we are convinced that confidence in the planning system can be restored.

“With this in mind, we call on the new Secretary of State, Michael Gove, to consider taking steps to improve the effectiveness of the existing system in the direction of the ‘quick’ fixes contained in the published LPDF Agenda for Action. earlier this summer, all of which could be issued without recourse to primary legislation. We should all strive to respond to the housing emergency that exists in this country to provide all generations the opportunity to have a place they can call home. Maybe then we can say we’re really leveling up. “