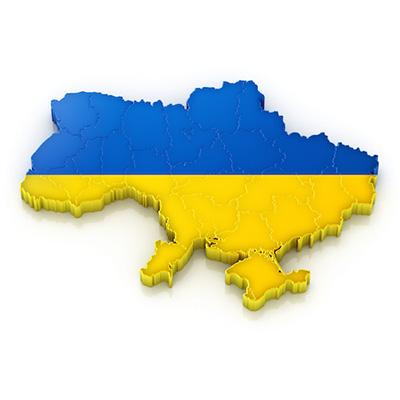 On the ground in Ukraine: what it means for agriculture

KYIV, Ukraine – Before 1721, present-day Russia was called the Muscovite Kingdom.

Since then, the name Russia, in various forms, has been used. The current official name of Russia is the Russian Federation.

Russia considers itself the rightful heiress of Kyivan Rus on the claim that officially Moscow was founded in 1147 by the pretender to the Kyiv throne – Prince Yuri Dolgorukiy. He was called Dolgorukiy (or the long arm meaning “distant”) because he was only the sixth son of the reigning prince of Kiev Vladimir Monomakh. At the age of 59, he nevertheless became the Prince of Kiev. His grave is in Kiev.

Kyiv is Moscow’s focus because it was in Kyiv that Prince Vladimir the Great baptized his kingdom into Orthodox Christianity.

So, without Kyiv, Russia feels flawed or imperfect. This means that Russia is the existential threat to Ukraine.

The idea that there is no Russia without Ukraine in recent times was first expressed by Bolshevik leader Lenin in 1918, justifying the invasion of Ukraine by Red Army troops, which shortly before had gained its independence following the Russian revolution of October 1917. .

But at that time, the need to occupy Ukraine was due to Russia’s economic dependence on Ukraine’s industrial and agricultural potential.

This means that almost all of Siberia is not protected from possible annexation by China, which considers these territories as historically its own.

Putin regards the collapse of the Soviet Union as the greatest geopolitical catastrophe of the 20th century, ignoring two very devastating world wars: World War I and World War II.

Therefore, in his head there is the idea of ​​​​restoring Russia to the borders of the Russian Empire of 1914, that is, including Poland, Finland and the Baltic States and all the republics who seceded from the USSR after its collapse, including Ukraine.

Thus, Russia’s attempts to appropriate the history of old Russia are in fact claims on the territory of present-day Ukraine, and these are the existential threats to the very existence of Ukraine and must therefore be considered permanent.


For the time being, it will be extremely difficult for Russia to find a pretext or a convincing explanation for the necessity of the intervention since Ukraine does not pose a military threat to Russia; there are no NATO military bases or foreign nuclear weapons on its territory.

Nevertheless, the Russian invasion is possible.

Reports of a possible invasion of Russian troops in Ukraine are based on the consideration by the Russian Parliament of the possibility of recognizing the independence of the territories controlled by the separatists in the south-east of Ukraine and then incorporating these territories to Russia.

From this point of view, the Ukrainian-Russian border will lengthen by about 400 kilometers, which is currently about 3,000 kilometers. The deployment of Russian troops through these new territories will represent an even greater danger for Ukraine.

The 100,000 troops along the Russian-Ukrainian border have been virtually stable since 2015.

In addition, it will be necessary to establish military administrations to control the population, as well as to provide the population with food and public services, which, given the population of Ukraine, can be very burdensome for the Russian economy.

Russia will have to supply the troops with weapons and military equipment, including fuel and ammunition. This means the availability of strategic reserves and reliable logistics, including in occupied territories.

One of the indicators of Russia’s readiness for the invasion is the number of mobile hospitals deployed and the speed with which medical units are staffed. At present, there is no evidence that the medical facilities are ready to participate in a possible incursion by the Russian armed forces.


One of Putin’s main reasons for invading Ukraine in addition to seizing Kiev as the “mother of all Russian cities” may be a desire to seize the Kherson region to retake the fresh water supply of annexed Crimea.

Other reasons may include the occupation of strategic mining, industrial and energy regions in eastern and central Ukraine such as Kharkiv, Dnipro, Zaporozhzhia, Kryvyi Rih and Mariupil.

Yet another reason may include complete control of the natural gas transportation system through which Russian natural gas is pumped to Central and Western Europe via Ukrainian territory.

To hasten Ukraine’s surrender, it will be highly desirable for Putin to seize the entire southern coast of Ukraine, including strategic Black Sea ports, thereby effectively cutting Ukraine off from international trade. As an alternative to occupying Ukrainian Black Sea ports, Russia could introduce their blockade. This measure can be countered with the help of the fleets of the solidarity countries.

The war between Russia and Ukraine could take the form of pirate attacks on critical government and industrial infrastructure.

The economic and humanitarian consequences


Although at the moment there is no panic among the Ukrainian population, the situation could change radically with the start of military actions.

Without the active military conflict between Russia and Ukraine, there is and will be no impact on agricultural production in Ukraine as it has had no impact since the annexation of Crimea in 2014.

In case Russia occupied Ukraine, the whole economy of Ukraine would collapse. This includes agriculture with the collapse of production, input supply and supply chains. As a result, there will be no agricultural exports in significant volumes, and this collapse could continue for an indefinite period.

There is no doubt that the invasion of Russian troops in Ukraine will constitute a case of force majeure for exporters and importers, which will cause enormous damage to world trade and, therefore, one of the reasons why Western countries and other countries importing Ukrainian products may have to interfere with Russia’s plans to invade Ukraine.

Even rumors of a possible Russian invasion have a negative effect on agricultural markets. In mid-January, shares of the largest Ukrainian companies fell by around 17% on the Warsaw and London stock exchanges.

This may further worsen the financial situation of agricultural producers given the rising cost of inputs – natural gas, fuel, seeds and fertilizers – due to the devaluation of the Ukrainian currency and the increase in the price of natural gas and oil in the world.

At the moment there is no evidence that Ukrainian farmers plan to change their acreage plans for the coming season.

The main crop growing seasons in Ukraine are similar to the American calendar from April to October.

The Russian invasion can have a big impact on neighboring countries in the form of a huge wave of refugees. Including Russia, Ukraine shares a border with Belarus, Poland, Slovakia, Hungary, Romania and Moldova. The number of refugees is in the millions.

Some Ukrainian military experts are considering the possibility of blowing up the natural gas transportation system, thereby cutting off Russia from European consumers. During the cold winter months, this can cause a humanitarian catastrophe in Europe.

No picnic for Russian troops


Ukraine is not completely defenseless. Some Western countries have started supplying the lethal weapon to Ukraine and are also training Ukrainian military personnel.

Unlike 2014, when the Ukrainian army was virtually non-operational, today’s army has experience in military operations due to the continued conflict with separatists in southeastern Ukraine. .

While Russia can use its air force to bomb Ukrainian military unions, the bombing of cities can cause huge civilian casualties that will not be tolerable to the world.

Since the annexation of Crimea and the Russian military’s support for the separatists in southeastern Ukraine, the identity of the population as Ukrainian patriots has risen sharply, especially among young people.

Polls show that the majority of the population will actively oppose a Russian invasion including various forms of volunteer and guerrilla movements.

It is important to remember that resistance to Red Army troops in western Ukraine continued for another 15 years after the end of World War II. In our time, this resistance will be much stronger and longer.

In recent days, Ukraine has launched a campaign to register women for military records and provide military training to citizens. It is also proposed to open military stocks to civilians.

In the event of an invasion of Russian troops in Ukraine, a general mobilization will certainly be announced and weapons will be distributed to the population. This means that even if the territory of Ukraine is occupied, there will be serious underground resistance in the cities.


Considering all of the above, but by no means a complete list of actions and consequences, it can be concluded that Putin’s adventure will have catastrophic consequences not only for Ukraine but also for neighboring countries.

The situation is very similar to that of 1938, when attempts to tell Hitler about his plans failed and the world suffered the greatest catastrophe in its history.

International opposition could put a stop to Putin’s plan to invade Ukraine in its germinal state.

Iurii Mykhailov is an agricultural journalist in Ukraine. He is a contributor to successful farming.