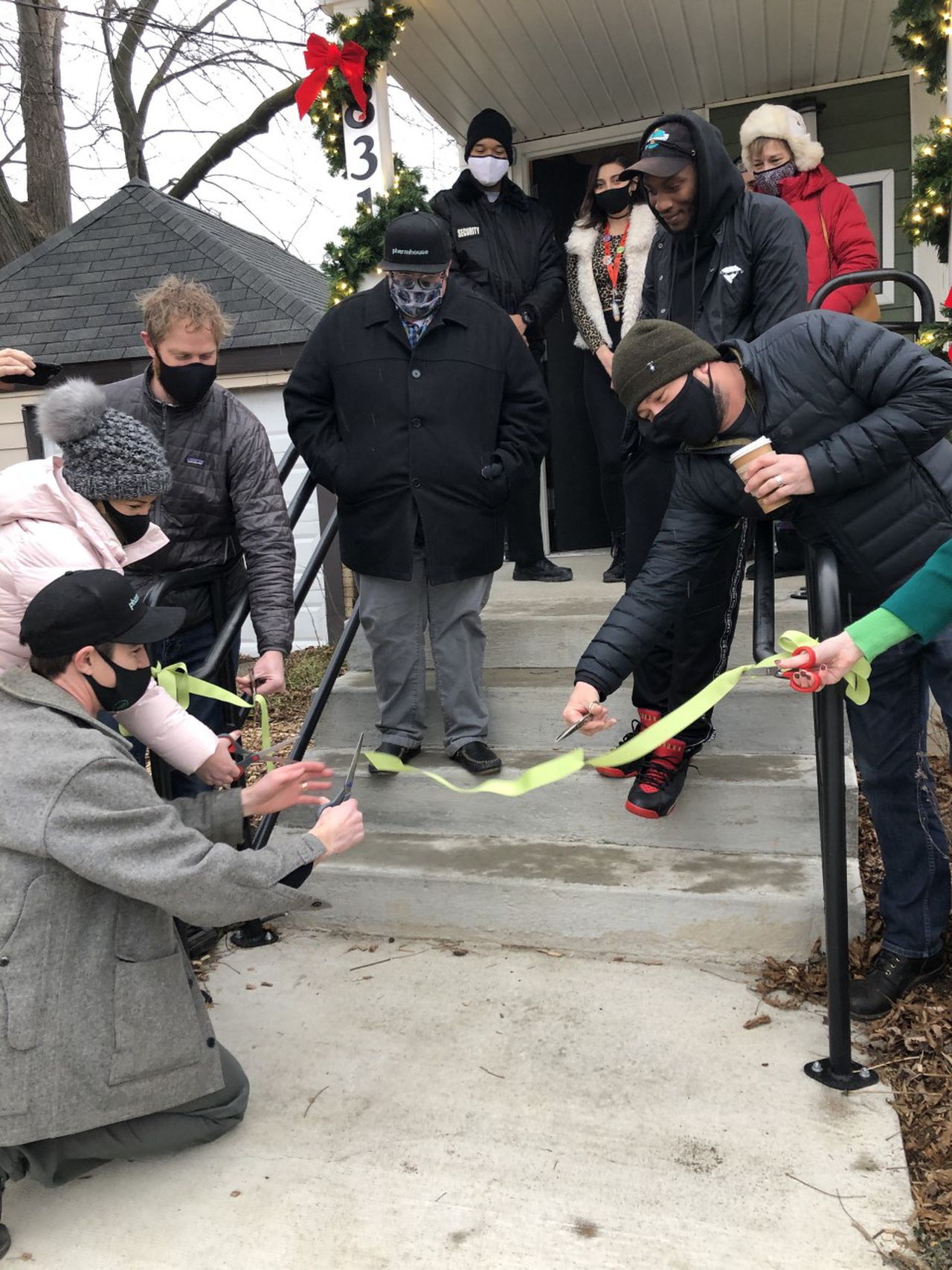 GRAND RAPIDS, MI — When Casey Kornoelje was a teenager, he was arrested for growing marijuana. The resulting felony conviction haunted most of his professional career.

It thwarted his attempts to join the armed forces and led to lower wages and employment discrimination, he said.

But nearly 19 years later, Kornoelje became the first Grand Rapids resident to own and operate a recreational marijuana dispensary in the city.

“I don’t know if I was in a jail cell and locked up, I didn’t plan that one day this inequity would come full circle to allow me to push myself into the industry,” he said , “and I also didn’t really think I really had a chance to participate in the market, given the well-funded organizations and groups that are in town. Am I surprised? Extremely. Am I grateful ?100%.”

Kornoelje opened PharmHouse Wellness at 831 Wealthy St. SW in March as a medical marijuana supply center. It was the second in town and the first owned by a resident.

He has lived in Grand Rapids for about 10 years.

On Wednesday, December 16, Kornoelje reached another milestone in the city’s nascent marijuana industry. He became the first resident to own and operate a recreational marijuana dispensary, now that PharmHouse Wellness also offers adult sales.

“It’s a complete honor to have this presence in this space to be a locally owned and operated facility,” he said. “My family has been here for generations, so having this business here in Grand Rapids is hard to put into words. It’s a complete honor, though, and I just couldn’t be happier to be here. .

PharmHouse Wellness is open 9 a.m. to 9 p.m. Monday through Saturday and 10 a.m. to 9 p.m. Sunday. The store has about 30 strains of marijuana flowers, with a growing list of about 15-20 available to recreational customers.

An eighth of an ounce of flower costs between $45 and $60, and other items such as THC edibles, tinctures, vape cartridges, and hash oil concentrates are also sold.

Getting into the city’s marijuana industry as a local isn’t as easy as setting up shop.

The price of real estate in the city, along with the high demand for limited properties where marijuana businesses are allowed, has proven to be a barrier for many small property owners.

“The biggest problem I’ve heard of or encountered is an extremely competitive environment from out-of-state and out-of-town carriers,” Kornoelje said.

“If you’re a local or artisanal miner, you come up against individuals and businesses that have a lot more means than you do, so I think that puts a lot of local residents at a disadvantage.”

Kornoelje said he thought the city had done its best to help locals get a head start in the industry, but hadn’t anticipated the level of demand from outside businesses.

If they could do it all over again, he suggested the city limit the number of marijuana licenses per business to one or two.

At least one company has obtained licenses to operate eight separate marijuana businesses in the city. A full list of licensees was not immediately available.

Because Kornoelje is a social equity candidate, he enjoys approximately $50,000 to $100,000 in annual savings on recurring state and city application fees.

Some of these investments in neighborhood improvement include, but are not limited to, homeownership training, delisting programs, block grants for businesses and home fronts and building plans. improved public transportation and security in front of the dispensary, he said.

“I hope people will vote with their dollars and support local cannabis,” he said. “It means a lot to us to have this local support. When you support our store, you’re supporting a young family and keeping those dollars in town.

PharmHouse Wellness currently has approximately 23 employees. This number is expected to increase as Kornoelje expands into the growth and transformation sector of the industry next year.

PharmHouse Wellness is the third recreational marijuana store in town.