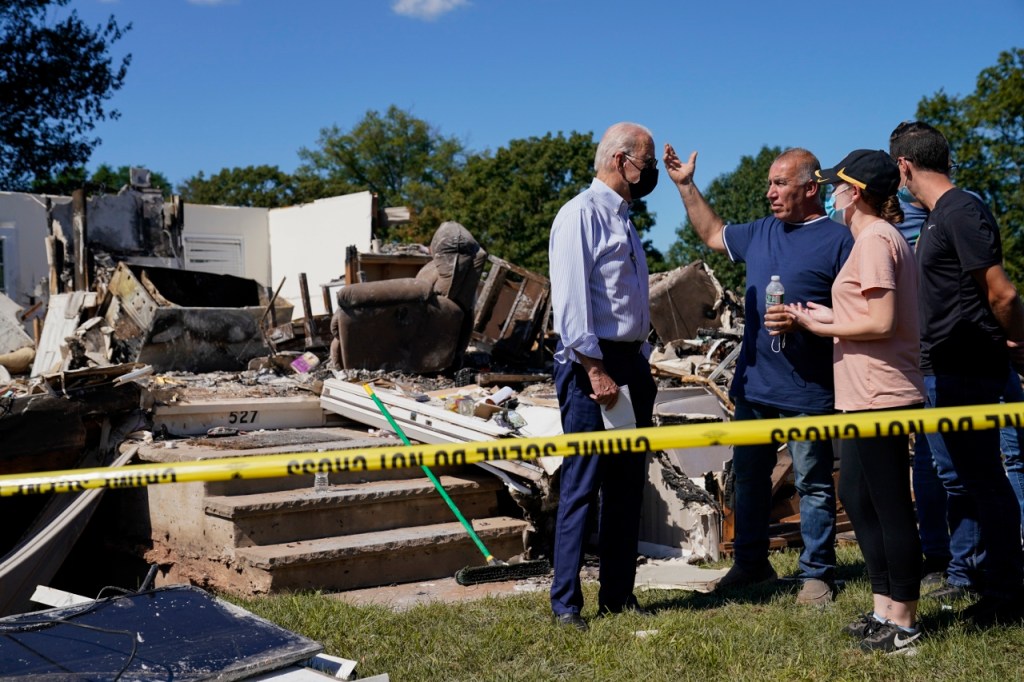 Separate the facts from the fear of climate change

“We need to listen to scientists, economists and national security experts. They all tell us it’s code red, ”President Joe Biden said during a tour of neighborhoods in New York and New Jersey hit hard by Hurricane Ida.

“The nation and the world are in peril. This is not hyperbole. It is a fact, ”he added.

But is it? While the President is well known for his empathy, his climate science is a bit weak. Almost everything he said was factually incorrect.

Biden is not alone. Media coverage of Hurricane Ida – as with any other major weather event – was full of reports that the latest storm, flood or fire is “proof” that a climate catastrophe is imminent. Not claiming that average temperatures are rising – a conclusion almost all climatologists concede – but that the weather is getting worse and a deadly climate crisis is imminent.

As Representative Alexandria Ocasio-Cortez said in the aftermath of Hurricane Ida, “The fossil fuel industry and humanity are incompatible… there is no sustainable future where fossil fuels continue to grow. ‘to be burnt. “

“Not a political opinion,” she added. “It’s just science.”

In scientific circles, this is called “an unsubstantiated hypothesis”. Average Americans would call it, well, “fertilizer” is near.

When the president says “These disasters are not going to end. They will only come with more frequency and ferocity ”, it is certainly frightening. It’s just not factual.

Many media reports have focused on the financial costs of hurricanes, storms and floods, saying they are doing more damage today than in the past. This is also not true, according to the figures.

Despite the fact that many more people are wealthy enough to live along the world’s shores in oceanfront homes and condos than a century ago, the comparative costs of weather events have declined.

“Today, hurricanes around the world cause damage equivalent to 0.04% of the world’s gross domestic product,” Lomborg notes. “And the destruction caused by these storms is expected to drop to 0.02% of global GDP by 2100 as the global economy grows richer, making infrastructure more resilient.”

And the news regarding the human toll of weather events at this “code red” moment is even better.

Biden is also wrong on the more complicated question of the general climate. His “code red” comment is a reference to the new report of the UN Intergovernmental Panel on Climate Change, considered by many to be the definitive analysis of climate data. But the phrase “red code for humanity” does not appear anywhere in the report. This is from a press release issued by a UN politician, not a climate scientist.

Instead, the new report actually contains good news in its climate projections. He finds that the worst-case temperature rise is lower than previous projections and that his previous forecast for carbon emissions was too high. The risk of a nightmarish scenario of a world in flames is actually lower than what IPCC panelists once thought.

Again, this is not from an oil industry think tank. This is the same UN report that advocates costly Green New Deal policies when it advocates, say, “the net zero emissions economy by 2050 at the latest” or a 50% reduction in the economy. carbon production by 2030.

These goals are not considered realistic by most experts in the energy industry. Not because of politics, but because of physics. According to the Energy Information Administration, solar, wind, hydro, and thermal power generate about 20% of US electricity combined.

Not to mention the billions of gallons of gasoline and diesel burned by vehicles on America’s highways each year. Could electric vehicles cut that in half by 2030?

Unlikely, given that electric vehicles only make up 2% of cars on American roads. Even Biden’s $ 7.5 billion proposal to build charging stations is unlikely to reach America with 50% electric vehicle use.

For the rest of us, who want the economy to continue to grow while taking reasonable steps to reduce carbon emissions, the future is a blue sky, not a code red.

Michael Graham is Editor-in-Chief of InsideSources.com.

The production of the Maltese agricultural sector decreased by 5.7 million euros in 2020