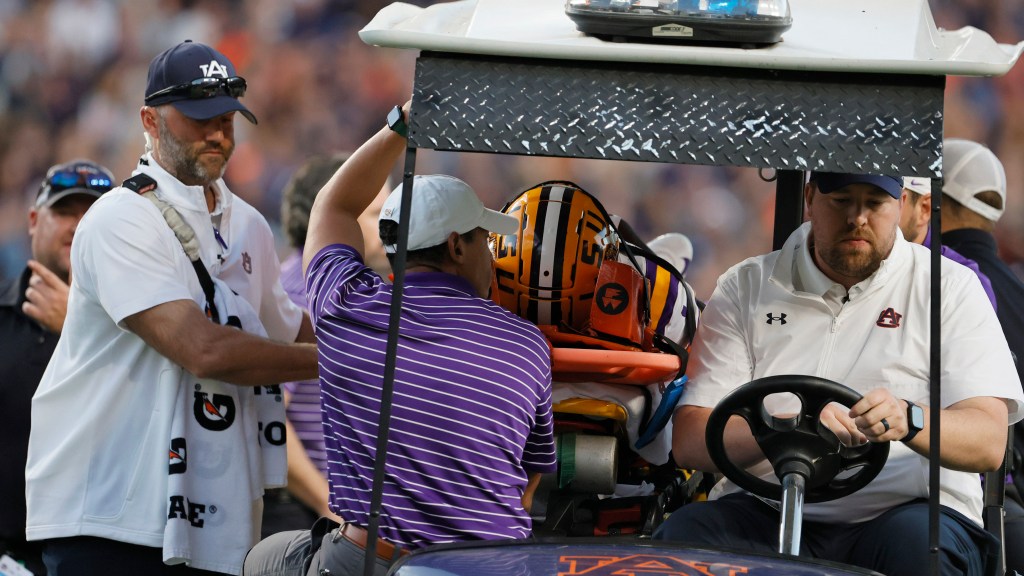 Sevyn Banks taken off the field against Auburn

LSU’s game against Auburn on Saturday night started on a dark (and scary) note.

On the opening kickoff, cornerback Sevyn Banks’ helmet collided with the returner as he attempted to make a tackle (which ultimately resulted in a targeting penalty). Banks stayed on the court after the hit and didn’t appear to be moving. LSU coaches quickly flagged down the cart, and Banks was taken out on a stretcher.

He was taken to a local hospital, where – according to the ESPN broadcast – he was conscious with movement in his extremities.

It’s a devastating setback for Banks, an Ohio State transfer who’s battled injuries all offseason and made his purple and gold debut in last week’s game against New York. Mexico.

He’s a big part of LSU’s depth in the secondary, which is already lacking starting safety Major Burns. But right now, our thoughts are with Banks and his family during this scary situation.

We’ll keep you posted on any news regarding the status of the banks here at LSU Wire.

Verily and Swiss Re expand their strategic relationship