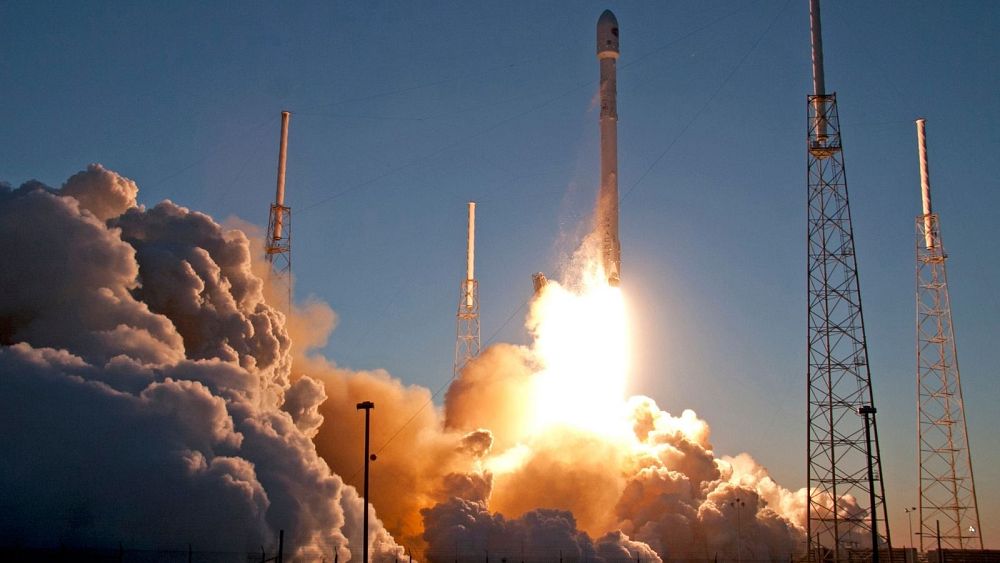 Tech This Week: SpaceX Rocket Set To Hit The Moon And US Consumers Lose $770M In Social Media Scams

A rocket launched by Elon Musk’s SpaceX company is on a collision course with the Moon after seven years in orbit, satellite trackers show.

The Falcon 9 booster rocket was first used in 2015 to propel the US Deep Space Climate Observatory to a LaGrange Sun-Earth point over a million miles away.

It then did not have enough fuel to return to Earth and lacked the energy to escape the gravity of the Earth-Moon system and has been in a somewhat chaotic orbit ever since.

Bill Gray, who uses software to track near-Earth space objects, predicts it will crash into the Moon on March 4. He says this is the first unintentional case of space debris hitting the Moon that he is aware of.

However, he doesn’t believe there are any security issues to worry about.

“Keep in mind this is an object of approximately four tons which will strike at 2.58 km/s,” he wrote in a blog post.

“The moon is quite regularly hit by larger objects moving at an approximate speed of 10 to 20 km/s; hence the craters. It’s well built to withstand this kind of abuse”.

Jonathan McDowell, an astrophysicist at Harvard University, also seemed puzzled about any potential danger from the crash, writing on Twitter that it was “not a big deal”.

US consumers lost $770 million to social media scams in 2021

A growing number of US consumers are being scammed via social media, according to a new report from the US Federal Trade Commission (FTC).

More than 95,000 consumers told the FTC they were scammed in 2021 with a scam that started on social media.

Losses amounted to around $770 million (€690.3 million), with social media-initiated fraud accounting for around a quarter of all reported fraud losses for the year, an 18-fold increase from compared to 2017.

Consumers who indicated the social media platform on which undelivered products were marketed most often named Facebook or Instagram.

People aged 18 to 39 were more than twice as likely to report losing money as older adults.

To avoid falling for a social media scam, the FTC has advised users to limit who can see their posts and information through privacy settings, research a business before buying from it and not to deal with a supplier that requires payment by cryptocurrency, gift card or bank transfer.

European tech stocks fell on Friday and were on course for their biggest monthly decline since the 2008 global financial crisis, as investors sold growth stocks in January amid concerns about an aggressive tightening and rise in the Federal Reserve. tension in Ukraine.

Pandemic darling, Europe technology sector, which hit a 21-year high in November, fell 15% in January and was on track for its worst month since October 2008.

European technology moved in January in tandem with the Nasdaq index in the United States, which also recorded the worst month in more than 13 years.

Global tech stocks came under pressure as investors were more reluctant to pay high valuations for growth stocks as the Fed said it was likely to raise interest rates in March and reaffirmed its intention to put ended its bond purchases that month in a battle to control inflation.

Rising tensions between Russia and the United States over Ukraine have also prompted investors to seek safer assets.

TopNewsGuide: The Graystone Company (OTCMKTS:GYST) Hashrate to multiply by six