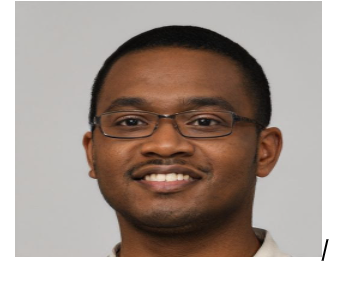 The penalties are real; but we also punish ourselves

Sanctions are real, but we punish ourselves too

No matter how well-intentioned and determined the Reserve Bank of Zimbabwe (RBZ) is to eradicate widespread delinquency in the economy, the effort may count for nothing if other institutions that should be seized to tackle the vice, in all its forms, are inflaming the situation by their silence or inaction.

Hardly a month goes by without the Central Bank naming and shaming some of the culprits. This Hall of Shame might just be the tip of the iceberg. In the event that the ship’s captain behaves like Edward Smith of the Titanic, the whole economy could collapse.

When he twice threatened to deal with those who wreak havoc on the markets at a business conference at the just concluded Zimbabwe International Trade Fair and more recently at the Agricultural Show of Harare, Vice President Constantino Chiwenga could have fired a few warning shots before pulling the trigger because the state knows exactly who the real culprits are.

The violators who drive the parallel market rates are largely large corporations, including local and foreign contractors who work on infrastructure projects across the country; oil companies, fast moving consumer goods companies and retailers, among others. It has also been said and not denied that large corporations are doubling their spending by using their surrogates to buy foreign currency at auction, while charging for their products at parallel market prices, which would make the devil himself pity the poor in the world. Zimbabwe who buy in the stores of these exorbitant prices.

The involvement of large companies in this affair probably explains the reluctance of the government to close in on them quickly for fear of scaring the capital markets. However, after this chilling warning from Chiwenga, it might not be long before authorities take their gloves off, as allowing the chaos to continue would be career limiting, especially for the political elite who have a lot to lose.

While the public expects the central bank to clean up the mess on its own, the inconvenient truth is that there is little that monetary authorities can do. From a legal point of view, the RBZ operates under the Reserve Bank Act, Chapter 22:15, the scope of which limits the institution to maintaining price stability, formulation and execution. monetary policy and the promotion of a stable financial system using the financial instruments at its disposal. In addition to the Reserve Bank Act, the umbrella bank also administers the Banking Act, Chapter 24:20, and a host of other regulatory texts.

These statutes do not give the bank extensive powers to expand beyond certain limits nor the carte blanche to transform into a big brother with the power to interfere with other state institutions. In any case, the autonomy of the bank was ceded to the Treasury during the unity government (2009 – 2013) when the then finance minister, Tendai Biti’s obsession with clipping the wings of former RBZ governor Gideon Gono led to regrettable amendments that compromised his independence.

Either way, the bank does not operate in a vacuum. It is part of an ecosystem with other economic agents and regulatory authorities which should be seen as also playing their role in promoting economic stability.

One shudders to think of the economic and political ramifications that could arise given the scale and pace at which indiscipline and greed stir up economic instability or whether state organs complicit in their deafening silence or their non-intervention fully understands what is at stake.

In the energy sector, the RBZ allocated foreign exchange to oil companies on the understanding that they would supply some of their fuel in Zimbabwean dollars, but none of them did. Across the country, gasoline and diesel are sold in US dollars.

The question then arises: where are the officials and inspectors of the Zimbabwe Energy Regulatory Authority (ZERA)? It may as well be that faced with the deep-pocketed oligopolies operating in this sector and the godfathers behind them, the poorly paid ZERA inspectors and officials could have joined the train instead of risking their jobs by trying to fight them.

But while the bigwigs in the fuel industry are on a binge eating, the truth is that the fuel that was brought into the country at the official exchange rate with the aim of enabling struggling ordinary citizens, who are paid in hard currency local to access the product at affordable prices, is sold in foreign currency. This daily proceeds are then exchanged for Zimbabwean dollars at parallel market rates to allow greedy oligopolies to line up for more foreign exchange allocations at auction, and the cycle continues.

As this happened, prices would skyrocket through the pass-through effect, creating an unstable environment that plunged the majority of the population into abject poverty.

Not so long ago, the Cabinet threatened to take tough action against the culprits, but it seemed to be a blast. This week, the Cabinet released another statement that a technology-based fuel management system that was developed by the Harare Institute of Technology, with support from ZERA, would be implemented nationwide to reduce widespread bad practices in the fuel sector, which have a negative impact on the economy at large.

If anyone believes that the same folks who are presiding over this chaos in the fuels industry would embrace this easy money-starving technology for their back pockets, then you can believe anything.

Perhaps the starting point would be for the central bank to publish the full list of affected oil companies in foreign currencies with the aim of importing fuel for sale in local currency and pumping stations where motorists could refuel in Zimbabwean dollars. RBZ would then carry out spot checks parallel to ZERA inspections as part of checks and balances.

But for these and other measures to bear fruit, above all, political will from above is needed. Most importantly, there has to be a commitment and determination to flush out the culprits and replace the bad apples with professionals (not blue-eyed boys and girls) who walk straight and narrow.

Malevolence extends to the police. Isn’t it unlikely that the police will be raiding the areas where money changers hang out, crammed into their brand name trucks, while wearing their full suits. Why not carry out undercover operations, gather evidence on the profiled culprits and arrest them when you have obtained evidence to secure the convictions.

Police should also dig past the symptoms and unravel the iceberg; the real culprits would relax in their air-conditioned living rooms, blowing cigars and drinking expensive whiskeys while their runners baked in the scorching heat and played cat and mouse with the police.

Assuming there is a problem with weak legislation, where are the parliamentarians who should lead the appropriate amendments to the constitution? With the ruling party enjoying an absolute majority in Parliament, is that too much to ask?

This is not to say that cracking down on the culprits would strengthen the currency in the absence of increased production and an improved ability to generate exports. No matter how good an economy is, if the authorities allow their citizens to do whatever they want, the wheels will definitely go off the rails because indiscipline and greed would simply turn the economy into Sodom and Gomorrah.

The primitive accumulations of wealth by the few rent-seeking elites suggest that the conscience of the bureaucrats in some of the institutions that should enforce the rules has left them, and whether a full investigation needs to be done as to whether the incompetence is the result of an omission or commission, skeletons would fall from their cupboards.

In terms of fundamentals, the country’s currency should have appreciated.

For the first time in many years, Zimbabwe recorded an increase in its export earnings of nearly US $ 5 billion, enough to meet its import needs. The balance of payments position is healthy, in part helped by strong performance in the mining and agricultural sectors, and the Treasury recorded budget surpluses in the first and second quarters.

Combine the fiscal and monetary policy measures with the currency auction system introduced in July of last year to underpin a battery of austerity measures meant to stabilize the economy, the worst should have been over by now.

In other words, the positive economic fundamentals achieved so far should have inspired confidence in the Zimbabwe dollar, but alas; the local unit has been the subject of vicious speculative attacks, largely linked to greed and greed.

The list of institutions failing in their responsibilities includes the tax authorities who for a very long time have failed to stop leaks in our porous ports of entry, where the smuggling of substandard goods destroys the industry.

If the tax authorities did a thorough job, wouldn’t they have raised a red flag on the cheeky oil barons who sell fuel in Zimbabwean dollars in foreign currencies or on the uncontrollable surrogates who present themselves for big companies in the conference room? auctions during tax audits?

So there is a sense in which one could argue that if the sanctions imposed on the country by the West and Europe are real, the most damaging sanctions are those which the greedy among us impose on the rest of the population by through acts of corruption.

Perhaps the greatest corruption of them can be seen driving along the country’s highways, where swathes of farmland are abandoned on either side of the road when the government has the machinery to ensure that this. finite resource not only produces enough to feed the nation year round. , but overproduced for the export market so that Zimbabwe does not waste precious foreign exchange on importing flour, corn and other foodstuffs that should be produced locally.

Nathan Gurira is an economist. He writes here in his personal capacity. He can be contacted at [email protected]

OVERVIEW | America Has Endured Pain, Politics Much Worse Than That | Subscriber content