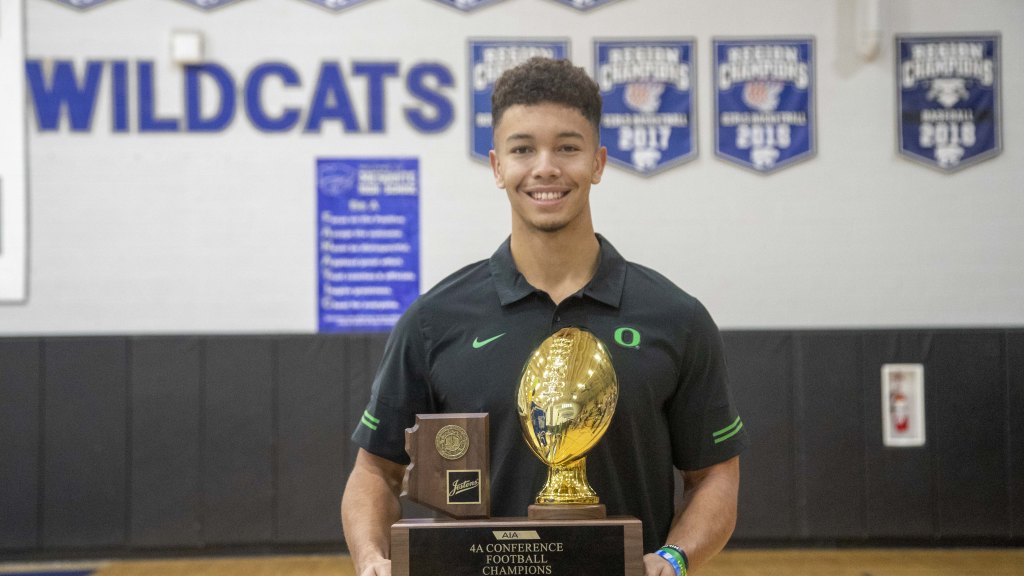 The Oregon Ducks were the last Pac-12 team to land a transfer quarterback this offseason. Former Auburn quarterback Bo Nix didn’t spend long on the transfer portal and announced he was heading to Oregon on Sunday.

After spending a few seasons at Auburn, the quarterback is hoping to take first place with the Ducks and bring them back to the Pac-12 title game. But with the addition of Nix, that means Ty Thompson’s future with the program is now in question.

With Anthony Brown about to leave, it was Thompson’s turn to be the signalman for the future of the program. Thompson was the highest-rated quarterback to commit to Oregon and the one the program hoped could get them to the college football playoffs. But what now?

Thompson’s future was one of Nix’s lessons to Oregon via our friends at Ducks Wire:

Probably the most shocking thing about this transfer is what he says about quarterbacks not called Bo Nix. It was long believed to be the real program for rookie QB Ty Thompson going forward, as the 18-year-old came to Eugene as the highest-rated rookie quarterback in history. from school. With Anthony Brown likely to leave next year, the way was clear for Thompson to take over and start what hopefully was going to be a long and rich legacy as a duck.

This path seems pretty bumpy right now. It’s too early to say that Nix will be Oregon’s starting quarterback next year, but he’s obviously got a leg up on the rest of the competition because of his vast experience. While Nix has 34 games of experience, Thompson has just 15 college pass attempts, appearing in a total of three games. Jay Butterfield and Robby Ashford will also likely be in the QB competition – assuming they don’t transfer, which is extremely possible – and they have even less experience than Thompson.

While fans may have thought of one thing about the Ducks’ future as QB, it’s clear the new coaching staff were thinking another.

Nix just finished his junior year at Auburn and will likely stay in Oregon for a season. But will Thompson wait another year? Or will his stay in Eugene end sooner than expected?