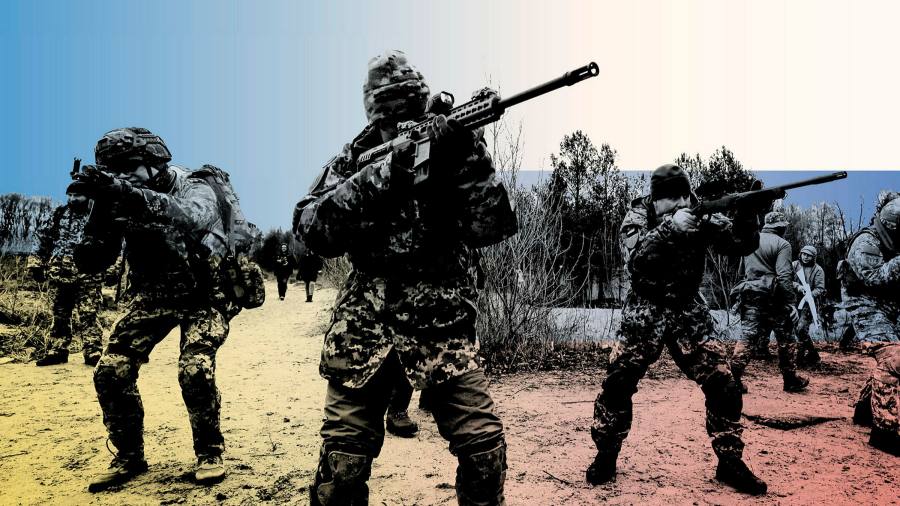 The UN has estimated more than 100 civilian casualties in Ukraine since the Russian invasion, including children, while 400,000 have fled the fighting, as the human rights commissioner says the world was at a “tipping point”.

The Office of the United Nations High Commissioner for Human Rights has identified 102 dead in the conflict from Thursday morning to Sunday evening, including seven children, and 304 injured.

“Most of these civilians were killed by wide area explosive weapons, including heavy artillery and multiple rocket launcher bombardment, and airstrikes,” Bachelet said Monday. “The actual numbers are, I fear, considerably higher.

“Meanwhile, millions of civilians, including vulnerable and elderly people, are being forced into various forms of bomb shelters, such as subway stations, to escape the blasts,” he said. she declared.

As many as 422,000 people have fled Ukraine since Thursday morning, with many more internally displaced, the UN High Commissioner for Refugees reported.

Monday’s council session, Bachelet said, comes at a time that calls for “strong and visionary leadership.”

“Throughout history, there have been moments of profound gravity, which cut the course of events between a ‘before’ and a very different, more harmful ‘after’,” she said. declared. “We are at such a tipping point.”